by Tibi Puiu
in Biology, Research, Studies
Reading Time: 3 mins read
A A
Share on FacebookShare on TwitterSubmit to Reddit 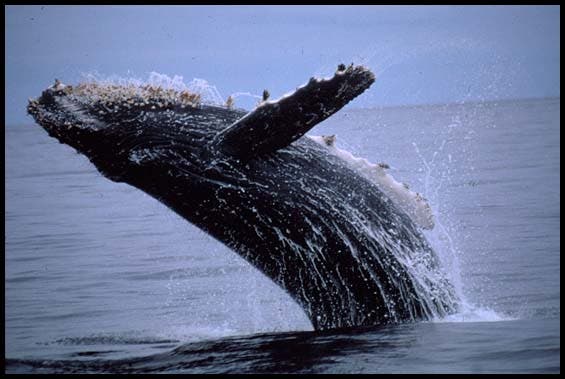 A recently published study 8 years in the making reveals the uncanny ability humpback whales have of following seemingly perfect straight paths for weeks at a time. The navigational precision of humpback whales cannot be explained by known theories.

Humpback whales feed during the summer near polar oceans and migrate to warm tropical oceans for the winter, where they mate and calves are born. This means that during a year a single humpback whale can easily amass 10,000 miles worth of return journeys, making them one of the most farthest migrating animals on Earth. Their migrating paths are perfectly straight, sometimes deviated only by a few degrees, fact that poised researchers to study them and see exactly what mechanism compels the huge watery mammals to become such precise navigators.

Researchers from the University of Canterbury, in Christchurch, tracked 16 radio-tagged whales as they migrated thousands of miles north from the South Atlantic and South Pacific with unswerving accuracy, often covering more than 600 miles but deviating off course by less than one degree.

“Such remarkable directional precision is difficult to explain by established models of directional orientation,” the researchers, led by Travis Horton from the University of Canterbury, wrote in the Royal Society journal Biology Letters.

Each animal was tagged with a special positioning device which attached to the whale from four weeks to seven months before falling out, transmitting precise position data and provided one of the most detailed sets of long-term migratory data for humpbacks ever collected.

Most long-distance traveling animals are believed to navigate using an internal compass that relies either on the earth’s magnetic field or the position of the sun. However, the scientists wrote, “it seems unlikely that individual magnetic and solar orientation cues can, in isolation, explain the extreme navigational precision achieved by humpback whales.”

They instead added, “The relatively slow movements of humpback whales, combined with their clear ability to navigate with extreme precision over long distances, present outstanding opportunities to explore alternative mechanisms of migratory orientation.”

Earth’s magnetism varies too much to explain the whales’ arrow-straight patterns, and you can’t really rely on solar navigation when navigating through water.

“Humpback whales are going across some of most turbulent waters in the world, yet they keep going straight,” said environmental scientist Travis Horton of the University of Canterbury, whose team will publish their findings April 20 in Biology Letters. “They’re orienting with something outside of themselves, not something internal.”

Horton suspects humpbacks rely on both mechanisms, and perhaps the position of the moon or stars. John Calambokidis of the Cascadia Research Collective, suggested a fourth mechanism for steering: long-distance songs that can carry for hundreds or thousands of miles underwater, and may provide navigational cues or help migrating whales coordinate their movements.

“These whales are clearly using something more sophisticated to migrate than anything we’ve surmised,” said Calambokidis. “I’m really looking forward to seeing what this team does next.”

Prepared to see, correction, hear something really amazing? Check out the video below.

UPDATE: a recent study has finally proven that sockeye salmon indeed rely on magnetic field to guide itself back to the freshwater stream of their birth – a trait that’s believed to be also used by the humpbacked whale.