by Mihai Andrei
in Campaigns, Other
Reading Time: 2 mins read
A A
Share on FacebookShare on TwitterSubmit to Reddit

Animals are great; if you’re not convinced, perhaps the story of Pearl, a black lab abandoned at an animal shelter will change your mind. Pearl was adopted by the National Disaster Search Dog Foundation, where after training she was certified as a search dog. 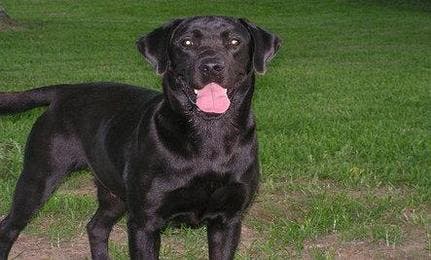 In July this year, she was deployed to Haiti for two weeks, spending each day searching for earthquake victims. She dug, scratched and clawed her way through cement, rubble and dirt to find victims who were still alive, but trapped, and she is responsible for the saving of 12 people who would have otherwise remained trapped and unknown to rescuers.

For her work, she was rightfully awarded the American Society for the Prevention of Cruelty to Animals, Dog of the Year Award for 2010. The ASPCA cat of the year award went to Henry, a former stray cat who was adopted with major leg damage that led to the amputation. He was adopted by Cathy Conheim in California, who then wrote children’s books in an attempt to raise awareness for tolerance and understanding. These books have been distributed to more than 45.000 people, including Hurricane Katrina survivors and war veterans.

The ASPCA Tommy P. Monahan Kid of the Year award went to Olivia Bouler who is creating original watercolor drawings of birds for everyblody who donates to the Audobon Society for protecting birds and wildlife in their natural habitat. The award is named after Tommy P. Monahan who tragically died in a fire while attempting to save his pet.

Another award went to a sanctuary for abused, neglected or abandoned horses in Woodbine, Maryland. Days End Farm Horse Rescue, Inc., who are doing an absolutely amazing jobs, being able to accomodate up to 70 horses at a time. Kathleen Schwartz-Howe founded the sanctuary.

If you want to see the full list of the ASPCA award winners, check their press release.