The April awesome animal award goes to THE SIBERIAN SALAMANDER

There are so many things we have yet to understand about the animal kingdom it makes you wonder how much we know about it after all. Therefore, ZME Science will present to you one animal each month; one animal that really makes yo go “what ?!”. There’s no connection to the month itself, no order whatsoever. In March, it was the mimic octopus, and now in April it’s (drum noise)… the Siberian Salamander. 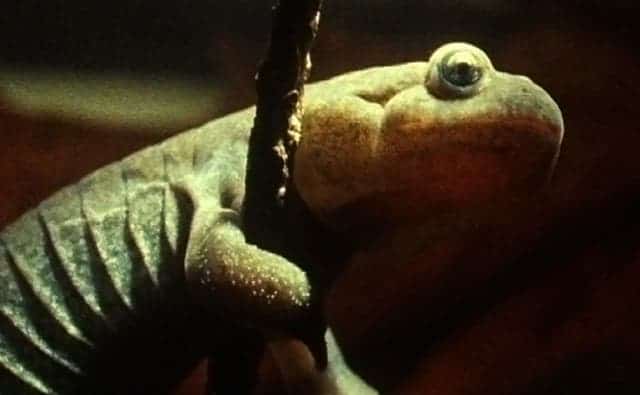 The Siberian Salamander, Salamandrella keyserlingii measures from 9 to 12.5 cm in length, lays 200-250 eggs per season. However, what they’re really known for is their ability to “freeze up”, when facing temperatures of up to (or… down to) -45 degrees Celsius. It’s still unknown for how long they can mantain this state, but it’s been documented that they can last for a few decades.

The Siberian Salamander is the only species of its kind that lives in the Arctic circle, an environment that is totally against such organisms. However, evolution found away here still; whenever facing dangerously low temperatures, it replaces the water in its body with “anti freeze” chemicals.

Basically, after a few years, being frozen under meters of ice, if the right conditions appear, it can just thaw, get up and move along. However, the exact mechanism is totally unknown.

“Sudden frost is a serious problem for the Siberian salamander. It needs time to adapt to the cold and produce the ‘antifreeze’ chemicals that replace water in blood and cells and protect tissues from damage by sharp ice crystals. Some animals use glucose, glycerol and related compounds to protect them from freezing in this way. The exact mechanism in the Siberian salamander is not known.”, says Eugene Potapov, a researcher who has studied the siberian salamander.

There are “science legends” that Siberian salamander can survive in the frost for centuries, but so far, this has not been proven; researchers are still looking into the mechanisms that allow it to achieve this amazing state, so it’s likely that a pretty accurate period of time should be laid down.