The Dutch Windwheel is a concept for a sustainable landmark that will not only generate wind energy silently, but also capture rainwater, recycle tap water, produce biogas - and most importantly, house 72 apartments. It will also have some rotating cabins providing a brilliant view of the Dutch city of Rotterdam.

by Mihai Andrei
in News, Renewable Energy
Reading Time: 3 mins read
A A

The Dutch Windwheel is a concept for a sustainable landmark that will not only generate wind energy silently, but also capture rainwater, recycle tap water, produce biogas – and most importantly, house 72 apartments. It will also have some rotating cabins providing a brilliant view of the Dutch city of Rotterdam.

Design and sustainability are the key issues developers have in mind, and innovation is the key to that. It will host 72 apartments, 160 hotel rooms, commercial outlets and a restaurant, for which it will generate a lot of sustainable. How do they do it? The key here is a bladeless wind turbine with no moving parts that produces electricity using charged water droplets.

The technology, called EWICON (Electrostatic Wind Energy Converter) creates energy through the displacement of charged particles by the wind in the opposite direction of an electrical field. Each tube features several electrodes and nozzles which release positively-charge water into the air, through a process that’s been dubbed “electrospraying”. The technology was developed by Delft University of Technology researchers Johan Smit and Dhiradi Djairam and from what I could find, this will be the first major application of the technology. Here’s a video which explains how EWICON works: 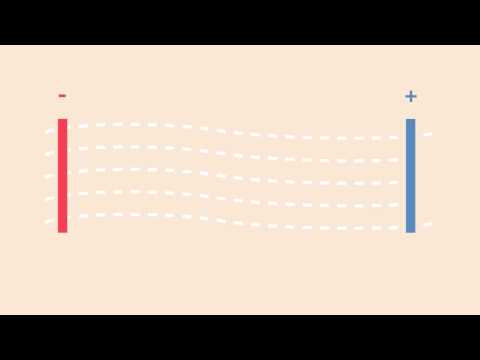 The main advantages are that it can come in any shape and size, it is silent and has very little wear and tear (due to no rotating parts). All in all, it’s highly suitable for urban environments. However, I feel that there are some other “costs”, like the pumping and cleaning of water. I think it’s extremely intelligent of the designers to mix the energy-generation with the living apartments, because that actually reduces some of the costs (regarding  the pumping and cleaning).

It should also be taken into consideration that the building will act as a landmark, attracting over a million visitors every year (according to the developer’s expectations). The outer ring will also function as a “London Eye”, with 40 rotating cabins to provide visitors with impressive views of Rotterdam.

“The Dutch Windwheel will be a showcase and accelerator for innovation, renewable energy and the circular and inclusive economy. It is the dynamic showcase for Dutch Clean Technology and provides a continuous platform to demonstrate technical and technological innovations”, the Windwheel website reads.

The facility is also equipped with solar PVs, and a climactic facade to make the best use of natural resources. The building’s water usage is also carefully managed, with rainwater captured atop the structure, and tap water fed into the wetlands that surround the Windwheel. The residents’ waste will also be recycled and turned into biogas.

The developers of the design, a consortium made up of Rotterdam-based companies BLOC, DoepelStrijkers, Meysters and NBTC Holland Marketing, intend the structure to be a “dynamic showcase for Dutch Clean Technology [that] provides a continuous platform to demonstrate technical and technological innovations,” a new take on the traditional Dutch windmills.

I wish I could find some figures regarding energy generation and recycling… but since the construction is set, I think it’s quite significant. This is definitely a project worth following in the future – we’ll keep you posted on any further developments.