It may not seem like much, but by differentiating between bacterial and viral fevers, this new test could help doctors decide whether or not to prescribe antibiotics. 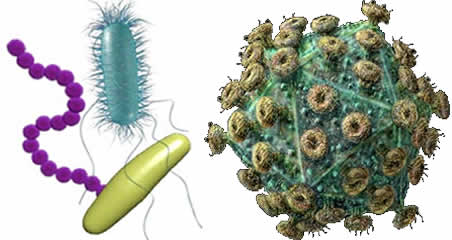 Fevers are a common symptom in many infectious diseases, but it’s often difficult to know if the cause is bacterial or viral, and thus, antibiotics are often needlessly prescribed, something which in the long run does a great harm to humanity, because more often than not, some germs survive the treatment, and they are “trained” to resist antibiotics. Some have classified drug-resistant germs as dangerous as terrorism.

However, by measuring the gene activity in the blood of 22 sick children, Gregory Storch, a pediatrician and infectious disease researcher at Washington University in St. Louis was able to distinguish between fevers caused by bacteria and viruses. He and his team found that even though the activity of hundreds of genes was affected by the fever as the immune system tried to cope with the threat, gauging the response of just 18 genes could correctly distinguish between viral and bacterial infections 90 percent of the time.

The research is a step toward improving diagnosis. In the future, being able to quickly determine the cause of fevers should help prevent unnecessary antibiotic prescriptions – antibiotics kill bacteria, but are pretty much useless against viruses.