A recipe for disaster: antimicrobial resistance may lead to dystopian scenarios 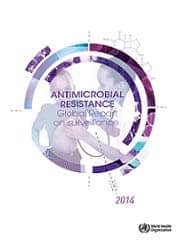 A world where even minor infections can kill you, where almost no antibiotics are viable, with superbugs and drug-resistant strains – it’s not a horror movie scenario, but something which may very well happen in the upcoming decades, according to a new report by the World Health Organization (WHO).

We’ve written about the threats of antibiotic resistance before, and how superbugs are becoming more and more prevalent in recent years, but things are really starting to get out of hand. According to the WHO, a post-antibiotic era – in which common infections and minor injuries can kill – is a very possible future.

Antimicrobial resistance (AMR) has developed to threaten the effective prevention and treatment of an ever-increasing range of infections caused by bacteria, parasites, viruses and fungi. The magnitude of the issue is hard to estimate, but the fact is, pathogens seem to develop AMR faster than medicine can develop new strains of antibiotics, so it seems somewhat unavoidable to reach a tipping point one day; that’s what the WHO report concludes as well.

However, the length and magnitude of the study is impressive. The WHO collaborated with member states and other partners, for the first time providing an accurate global picture on the magnitude of AMR and the current state of surveillance globally. The results are worrying. For example, resistance to the treatment of last resort for life-threatening infections caused by a common intestinal bacteria, Klebsiella pneumoniae–carbapenem antibiotics–has spread to all regions of the world. K. pneumoniae is a major cause of hospital-acquired infections such as pneumonia, bloodstream infections, infections in newborns and intensive-care unit patients – and this is not an isolated case. 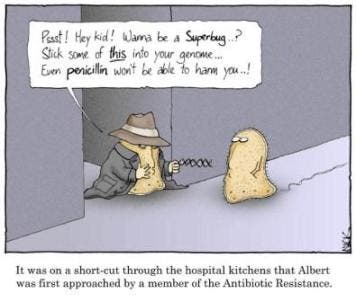 Resistance to one of the most common treatments to E. coli–fluoroquinolones, which causes urinary tract infections, is also very widespread.

So we’re dealing with a huge problem here, but the good news is that all of us could contribute to solving it. Here are the basic things you can do:

Indeed, a big part of this problem was caused by people who took unnecessary antibiotics and/or didn’t complete the full prescription. Remember, taking antibiotics is a responsibility, first of all to yourself, but to everybody else as well!

Healthworkers can also play their part, which includes:

It’s high time we start understanding the magnitude of this issue, and start tackling it!

Read the full report, as well as other information here.