by Mara Bujor
in Biology, Health & Medicine, Research, Studies, World Problems
A A 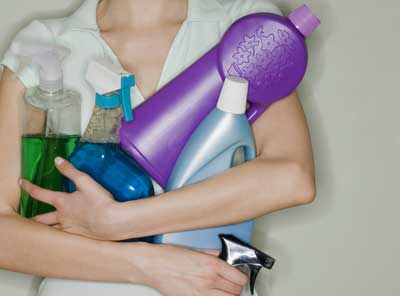 Disinfectants, all kinds of shampoos, fabric softeners…we love them , we use them and then they go down the drain. Nothing bad about cleanliness, isn’t it? Unfortunately, our foamy friends can prove to be a timebomb as they can create invisible monsters: bugs that are not affected by antibiotics.

Researchers from England have discovered this phenomenon while analyzing soil samples which contained such bacteria, which may have infected humans already. Only in this country 1.5 m tonnes of sewage sludge are produced, most of which ends up on farmland, and 11bn liters of water, which is usually thrown in rivers or estuaries. All these seem to have caused a worrying phenomenon, which could affect millions.

This study proves to be highly important as until now the apparition of these superbugs  was blamed on poor conditions in hospitals or the over-prescription of antibiotics. However the scinetists pointed out that MRSA, which caused thousands of deaths is not related to the disinfectants. Still, the problem remains

The quaternary ammonium compounds (QACs) from various household cleaning products were looked at by scientists as these substances kill bacteria when they are in large quantities, but cause their immunity when they are diluted.

In this case evolution seems to work against us, as the resistant bacteria survives and multiplies continuously. The piece of DNA responsible for this also confers resistance to antibiotics, so this is why the sewage may become the perect environment for some extremely deadly bugs. As they enter the food chain, the risk becomes enormous.

Agricultural workers are exposed the most to this phenomenon, especially as some samples of pig slurry that were analyzed included the dangerous bacteria.

Further research is to be made as the risk posed by the newly-developed bacteria cannot be ignored. And the cause of all these is right there in our closets…