Good news – encouraging results from the longest and largest trial of a malaria vaccine could see the world’s first anti-malaria jab approved by 2015; malaria is one of the most dangerous diseases in the world, affecting over 220 million people every year (some say 300 million). The vaccine could be used for the first time in late 2015 or early 2016. 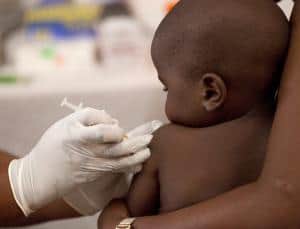 Earlier this year, we told you about another possibility for developing a malaria vaccine, or even a soap which helps prevent the disease – but those ideas were still in the initial testing periods; in this case, the vaccine is actually heading for the shelves.

“It’s on that trajectory, and the plan is to file with the European Medicines Agency in 2014,” says David Kaslow, vice president of product development at the PATH Malaria Vaccine Initiative, which supported development of the vaccine, made by GlaxoSmithKline (GSK).

A green light from the European agency, expected in 2015, would allow African countries (which are most affected by the disease) to use it by 2016. So far, the vaccine, called RTS,S was tested on 15.000 children in 11 African trial sites. Half were babies aged 6 to 12 weeks and the other half were aged 5 to 17 months. Half of all the children received the real vaccine, while the other half received a placebo; all groups continued to take standard measures of precaution against malaria, such as sleeping under bed nets to keep mosquitos away. Data shows the vaccine worked best in the older aged group.

“We expected this,” says Kaslow. “Efficacy wanes for most vaccines, which is why, for example, we give booster shots for tetanus.”

The monitoring of the children will continue in the future, but the results are positive enough to convince GSK to submit the vaccine for approval.

“While we’ve seen some decline in vaccine efficacy over time, the sheer number of children affected by malaria means that the number of cases of the disease the vaccine can help prevent is impressive,” says Andrew Witty, chief executive officer of GSK.

Given the efficiency of the vaccine compared to other ones which exist on the market today, there shouldn’t be any significant problems. 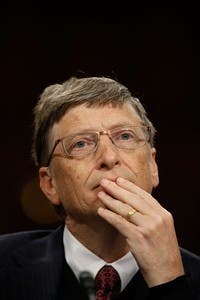 Even though the vaccine is developed by GSK and the giant pharma company invested $300 million in this product which will arguably never generate profits, the vaccine would have never been done (or at least would have been greatly delayed) without the help of Bill Gates, who invested $200 million, through the Seattle-based PATH Malaria Vaccine Initiative. Bill Gates has also donated huge amounts of money to the development of an HIV vaccine, and in total, he’s pledged $10 billion to developing various vaccines. He’s also funding artificial clouds to fight greenhouse gases and is a firm advocate on green energy. Quite a way to spend your money!

“I can’t believe my luck,” says Joe Cohen, the GlaxoSmithKline scientist who co-invented the RTS,S vaccine and has guided its development. “I feel so incredibly fortunate to have been associated with the development of this vaccine since 1987.” And now there is a chance he will see it given to millions of children who need it.