China’s attempts to move towards nuclear and renewable energy is admirable, but the US will be the driving force behind innovations and development, in the field of clean energy – that’s what Bill Gates told a sold out crowd at a Seattle breakfast, where the topic was climate change. 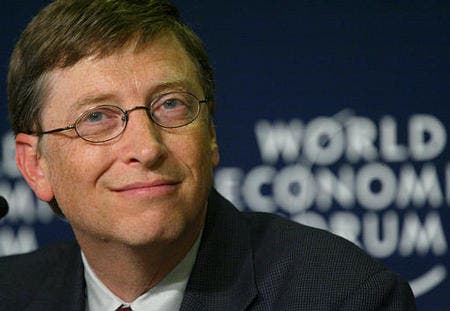 “China is very important and can be part of the solution here,” Gates said. “But as for the power to innovate in sciences, the U.S. still has the dominant position.”

Since his (partial) retirement from Microsoft, Gates has become significantly involved in the clean market field, and he has invested in several clean energy companies, including an innovative nuclear power company TerraPower. He obviously knows what he’s talking about, and he keeps giving out more and more speeches, which I warmly recommend you watch; this time, he really put the situation in China into perspective.

“For solar, a lot of the manufacturing is happening in China, but a lot of the innovation is taking place in the U.S. The innovation will happen where there are great universities” doing basic research, Gates said. “I know of 100 great new energy ideas. I’d say 70% of them are based here in the U.S.”

His remarks at a discussion hosted by the nonprofit Climate Solutions were carried in a live video feed on Grist.org. China is currently getting 2% of their energy from nuclear plants, and they plan to double this number by building more plants. However, when considering the fact that they intend to increase their power output 4 times in the next 20 years, this can only mean that they want to build more coal plants.

Gates said on numerous occasions that he hopes to bring down energy costs to half and dramatically reduce CO2 emissions.

“It’s not going to be easy to get wind up to 30%, or solar, or solar thermal. Nuclear’s difficulty is the cost of plants is very, very high,” he explained. “Given this uncertainty, we have to go full speed ahead on every one of them.”

Gates also gave a piece of advice for the US government, explaining why its role is crucial in the following years.

“The energy sector is going to be underinvested unless the government comes in.” He also called for the government to make its energy policy clearer. “Some days when I meet with scientists, I feel very optimistic,” he explained. “Then I step back and look at the politics” and that optimism fades.

After years of semisuccessful experiences with Microsoft and my personal computer, I can finally truly say that I’m beginning to love Bill Gates – I really am.