by Mihai Andrei
in Health & Medicine, Other
A A

Yesterday, Bill Gates officially announced he will donate 10 billlion dollars for a 10 year effort to boost vaccination against infectious diseases in developing countries. The investment is estimated to save almost 9.000.000 certain deaths, along with a significant health improvement. 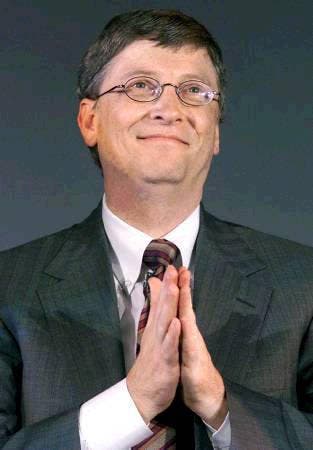 I won’t get into more details, which if you want you can find on nature (among others), but I just want to take my hat of to the man, who, regardless of what you think of him or Microsoft, did something extraordinary. ZME Science takes a bow and hopes many more of the world’s richets will take example from him, because let’s face it: nobody got poor by giving away. We also forgive him for all the times Windows crashed without any reason.

“Part of this is a call to action,” says Joe Cerrell, director of the foundation’s Europe office in London. “We are trying to make sure that governments and others are doing all that they can to support more immunization coverage.”

UPDATE, 2013: Malaria vaccine could see the light of day thanks to Bill Gates money.