New Treatment for Gonorrhea Acts like a Vaccine, Preventing Reinfection

A first step has been taken towards an effective treatment for Gonorrhea – with drug resistant strains on the rise, this moment comes just at the right time, merely days after the U.S. Centers for Disease Control (CDC) placed the STD on a list of “urgent threats” in the fight against drug-resistant bacteria. 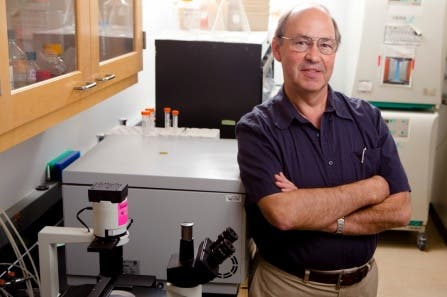 Gonorrhea (colloquially known as the clap) is a common sexually transmitted infection which affects more than 700,000 people in the United States each year. It’s a serious disease, but nothing really dramatic – or at least that’s how the situation was up until a few years; in the past decade,has progressively developed resistance to the antibiotic drugs prescribed to treat it. According to the CDC the bacteria which causes the disease in humans initially leads to painful inflammation and discharge, but if not treated properly, can cause infertility and can even be fatal. Researchers from the University at Buffalo, think that the answer doesn’t lie in more powerful drugs, but in making the body react better to the threat.

They showed that the disease could be cured by introducing into the genital tract a cytokine, or immunoregulatory protein, known as interleukin-12 (IL-12), which is also currently investigated as an anti-cancer agent. Michael Russell, a microbiologist and immunologist at S.U.N.Y. Buffalo has been working on the STD for some 20 years, and he his studies seem to indicate that it directly affects immune systems.

He tested his method on mice and…

Not only did mice treated with IL-12 respond more quickly to antibiotics, they were also significantly less likely to contact the same strain a month later – which is a constant problem with gonorrhea. Of course, the drug has the potential to do wonders against the disease, but Russell wants to push things even further – transform the infection into a “living vaccine”:

“Since the second world war,” Russell says, “we’ve been treating infections by throwing antibiotics at them. Now that bacteria are emerging with antibiotic resistance, we have nothing else in the pipeline to deal with gonorrhea.” But the IL-12 treatment, he says, can turn the infection into a “live vaccine,” allowing the body to develop immunity.

However, even with the massive amount of pressure caused by the imminent antibiotic-resistant germ crisis, the method is miles away for being suitable for humans. But eventually he hopes to see this novel approach to the treatment of gonorrhea and other infectious diseases.