How many obese and overweight people are there in the world?

There's no sugar coating it -- this is massive.

by Mihai Andrei
in Health & Medicine, News, World Problems
Reading Time: 6 mins read
A A
Share on FacebookShare on TwitterSubmit to Reddit

Every 1 in 3 people in the world right now is overweight or obese. We’re way past an obesity epidemic — this is a global pandemic.

Being overweight is one of the worst things you can do to yourself in terms of health. The list of negative effects of those extra pounds is virtually endless, with no aspect being spared.

“People who shrug off weight gain do so at their own risk — risk of cardiovascular disease, diabetes, cancer, and other life-threatening conditions,” said Dr. Christopher Murray, an author on the study and Director of the Institute for Health Metrics and Evaluation (IHME) at the University of Washington. “Those half-serious New Year’s resolutions to lose weight should become year-round commitments to lose weight and prevent future weight gain.”

Yet the world is experiencing an unprecedented crisis, with more and more people going past the healthy threshold. This is the alarming conclusion of a new report compiled by researchers from the Institute for Health Metrics and Evaluation (IHME) at the University of Washington. According to them, over 30% of the planet’s population is overweight, and things are not getting much brighter.

“Since 1980, the prevalence of obesity has doubled in more than 70 countries and has continuously increased in most other countries. Although the prevalence of obesity among children has been lower than that among adults, the rate of increase in childhood obesity in many countries has been greater than the rate of increase in adult obesity,” the study reads.

Researchers analyzed data from 195 countries and territories from 1980 through 2015, based mostly on the most recent Global Burden of Disease study (GBD), a comprehensive regional and global research program of disease burden that assesses mortality and disability from major diseases, injuries, and risk factors — a collaboration of 1,800 researchers from 127 countries.

The research focuses on the so-called body mass index (BMI). The BMI is a value derived from the mass (weight) and height of an individual calculated by dividing the body mass by the square of the body height and is universally expressed in units of kg/m2 — sorry, Imperial users. It’s not a perfect measure by any means, and it can lead to some significant errors (especially for people with a high muscular mass), but it’s the most common way to measure a person’s (and a population’s) weight health.

Aside from classifying the world’s weight, the new paper also studies the effects of this extra weight, discussing the links between high BMI and cancers of the esophagus, colon and rectum, liver, gallbladder and biliary tract, pancreas, breast, uterus, ovary, kidney, and thyroid, as well as leukemia. Obesity has even been linked with dementia. No fewer than 40 million fatalities are attributed directly to excess body weight in 2015 — and the number of indirect cases is even higher. To make things even more worrying, 40% of these fatalities occurred among people who were considered overweight, but not obese. This raises a huge alarm flag: even if you’re “just” overweight but don’t pass the “obese” threshold doesn’t mean that you’re in the clear. 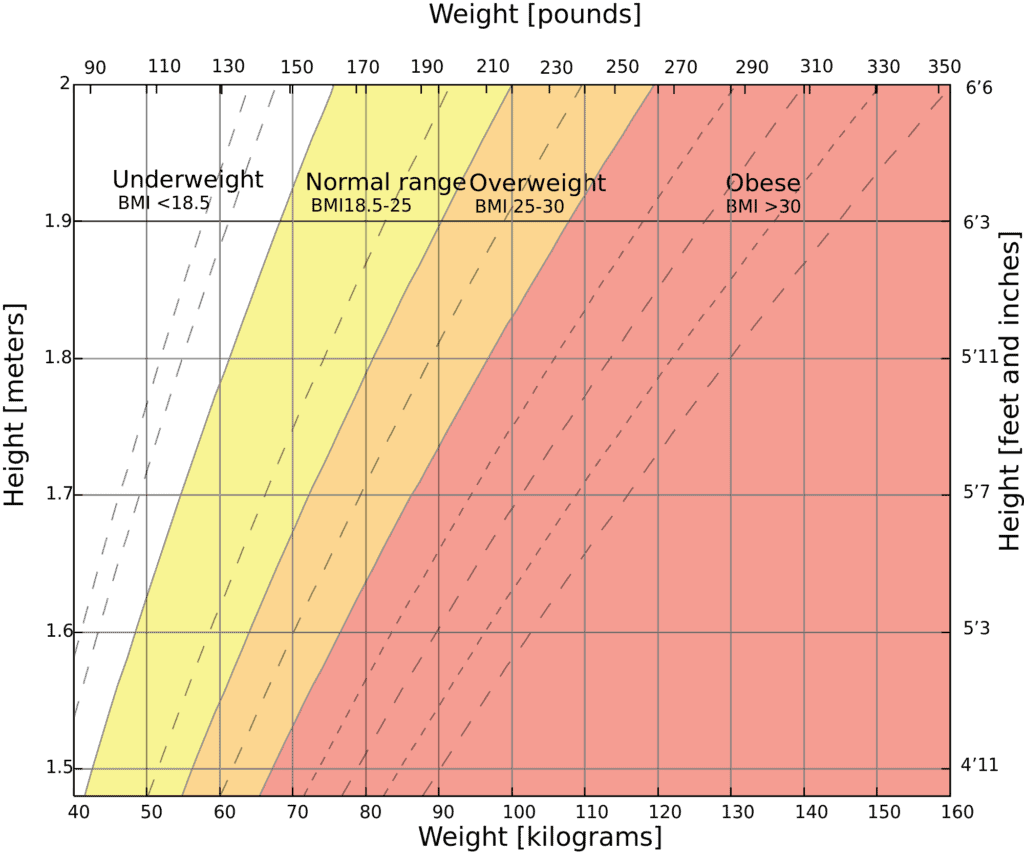 People are generally considered obese when their body mass index (BMI) is over 30 kg/m2, whereas overweight people have a BMI with the range 25–30 kg/m2. Though some countries (especially in eastern Asia) use different measures, these are the most widely accepted figures. Out of the 2 billion overweight people, 107.7 million children and 603.7 million adults are now obese, with the prevalence doubling in more than 70 countries since 1980. To make things even more concerning, although there are fewer obese children than adults, the prevalence of obesity is increasing faster in children than in adults. Especially in developing countries such as China, Brazil, or Indonesia, there’s been a tripling of obesity rates. In children, obesity is strongly associated with type II diabetes, hypertension, and a swarm of chronic diseases.

But no one came even close to the obesity rates in the US. Despite having a much lower population than countries like China and India, the US hosts the most obese adults: 79.4 million (35% of the population), followed by China with 57.3 million.

Why this is happening, and how we can fight it

There’s really no sugar-coating this, obesity and overweightedness are some of the biggest problems the world is facing right now.

“This re-emphasizes what we already know about the obesity epidemic,” said Goodarz Danaei, assistant professor or global health at the Harvard T.H. Chan School of Public Health. “But it raises the alarm that we may be facing a wave of obesity in the coming years across high and low income countries.”

We don’t even know how much of a negative effect this will have. Don’t get me wrong, we know it’s a huge problem, but BMI tells you how big you are — not how sick you are. The odds are that if you’re obese you’re also unhealthy, though this is not necessarily the case. You could fare better (or worse) than the average weight you’re at (though again, if you’re overweight or obese, the odds are overwhelmingly not in your favor). This is one of the main limitations of this study, it uses a one-size-fits-all approach which doesn’t tell the whole story.

“Our behaviours are much more important,” Jean-Philippe Chaput, a research scientist at Healthy Active Living and Obesity Research Group, told Gizmodo. “Many lean people have poor health and many obese people have optimal health. Looking at numbers on a scale is not enough and I would never advise an obese person to lose weight if his blood pressure, glucose levels, mental health, etc. are fine.”

Still, even though you may debate the figures from the research, it is clear that the world is getting fatter. Ironically (and depressingly), a big part of the world is suffering from hunger, while another one is getting fatter and fatter. Researchers suggest that the modern lifestyle and the changed in global food environment is the main culprit.

“Changes in the food environment and food systems are probably major drivers,” they write. “Increased availability, accessibility, and affordability of energy dense foods, along with intense marketing of such foods, could explain excess energy intake and weight gain among different populations.”

This means there’s no silver bullet for this issue. There’s no magic solution, no wonder policy, no nothing that can fix everything and make it go away. It’s something each and every one of us must tackle every single day. Eating less junk food, fewer processed meals, more fruits and veggies, and simply cutting down on the portion size is one part of the problem; on the other end, we have to maintain at least a somewhat active lifestyle, avoid sitting all day, walk around, maybe even exercise once or twice a week. You’d be surprised to see just how far that can take but. But this isn’t to say that policy can’t play a role. Having healthy policies that favor quality food and a healthy lifestyle can go a long way, and this is exactly what Murray and his colleagues will focus on.

“Over the next 10 years, we will work closely with the (Food and Agriculture Organization of the United Nations) in monitoring and evaluating the progress of countries in controlling overweight and obesity,” he said, adding that his team will share data and findings with scientists, policymakers and other stakeholders seeking evidence-based strategies to address this problem.