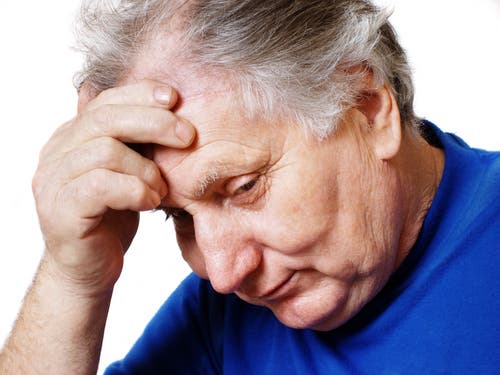 According to a recently published study reported by Swedish scientists, people who are obese and middle aged are up to four times more likely do develop dementia than people of normal weight.

Published in the journal Neurology, the research was conducted 8,534 Swedish twins over the age of 65, of which data showed that 350 had been diagnosed with Alzheimer or vascular dementia, while a further 114 had possible dementia. Using records of the patient’s past weight compared to their age, researchers found that middle aged people who were overweight are 71 per cent more likely to develop dementia than for people who are of a normal weight.

An person is considered overweight when his body mass index (BMI) falls between the 25 and 30 ratio, while a ratio between 20 and 25 corresponds to a person of normal weight. What’s extremely curious, and more or less supports the hypothesis of the link between dementia and obesity, is that persons falling under a BMI greater than 30 (clinically obese) in their midlife had an almost four times (300%) higher risk of dementia.

“Currently, 1.6 billion adults are overweight or obese worldwide and over 50% of adults in the US and Europe fit into this category,” said Weili Xu of the Karolinska Institutet in Stockholm, who led the research. “Our results contribute to the growing evidence that controlling body weight or losing weight in middle age could reduce your risk of dementia.”

“Although the effect of midlife overweight on dementia is not as substantial as that of obesity, its impact on public health and clinical practice is significant due to the high prevalence of overweight adults worldwide,” said Xu.

Scientists still don’t know why exactly overweight is linked to obesity, by they believe higher body fat is associated with diabetes and vascular diseases, which are related to dementia risk.

Susanne Sorensen, head of research at the Alzheimer’s Society, said: “This robust study adds to the large body of evidence suggesting that if you pile on the pounds in middle age, your chances of developing dementia are also increased.By eating healthily and exercising regularly, you can lessen your risk of developing dementia. Not smoking and getting your cholesterol and blood pressure checked regularly is also very important.”

Sorensen said that further research was needed to find the links between being overweight and dementia. “One in three people over 65 will die with dementia, yet research into the condition is desperately underfunded.”

It is believed that about one in 20 people over the age of the 65 has some form of dementia.  Similar studies have been made in 2004 and 2005, both leading to the same conclusion that indeed obesity can influence the development of dementia.