by Tibi Puiu
in Anthropology, Research, Studies
Reading Time: 2 mins read
A A
Share on FacebookShare on TwitterSubmit to Reddit 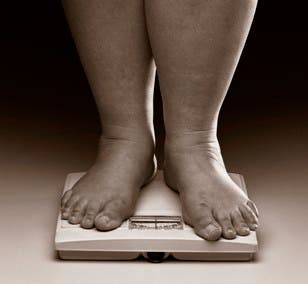 According to a research conducted by anthropologists from Arizona State University, there seems to be a big increase in the general negative attitude people living in diverse societies have towards obese individuals. The study was made on 680 correspondents across 9 countries who were asked to agree or disagree with various statements expressed by scientists concerning obesity.

The results show that people associate slim individuals very favorably, while a negative attitude is being thrown at the overweight. According to the paper, the two extremes of attitudes are called “fat negativism” and “slim idealism”.

Almost all correspondents from the 9 countries showed similar negativity towards the overweight, this having in mind that according to studies from 30 years ago, fat people were actually being supported. Subjects from communities in American Samoa, Paraguay and Mexico shared the highest fat stigmas.

The study also concludes that the anti-discriminatory behavior among correspondents who chose not to bash the overnight correlates to their education, as people with more academic opportunities were less likely to express negative attitudes towards obese or overweight people, even though these groups’ attitudes overwhelmingly favored valuing slim individuals.

The first and probably the most interesting question that naturally comes to mind while reading the study published in this month’s issue of Current Anthropolog is where does this increase in stigma comes from? Well, the surge in obesity which has risen to all high times levels in the US year after year might have something to do with it, but the strongest social factor is probably the western media which associate slimness with self-worth and social proof. Also, researchers believe global campaigns characterizing obesity as a disease has something to do with it