Obesity responsible for $147 billion in US health care costs

by Tibi Puiu
in Health & Medicine
Reading Time: 2 mins read
A A
Share on FacebookShare on TwitterSubmit to Reddit 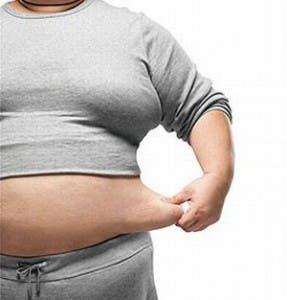 A recent study conducted by the U.S. Centers for Disease Control and Prevention shows that obesity related disorders account for ~10% of the total medical spending in the U.S. or, money-wise, approximately a whooping $147 billion. The study continues on stipulating that obese individuals spend 40% more on medical treatment than those of normal weight, or $1,429 more per year.

“It is critical that we take effective steps to contain and reduce the enormous burden of obesity on our nation,” Dr. Thomas Frieden, director of the U.S. Centers for Disease Control and Prevention, told a news conference at a CDC obesity meeting where the study was presented.

Willing not only to sight out an ever pressing issue, the CDC outlined 24 new recommendations on how communities can combat obesity in their neighborhoods and schools by encouraging healthier eating and more exercise. However, like Dr. Frieden very well put it, the fight against obesity will require a national effort as the numbers of obese people grow as each day passes. Actually, it seems 26% of the American populace is obese.

When is it fair for a person to be declared obese, you ask? A person is obese if his body mass index, or BMI, is of 30 or higher. BMI is equal to weight in kilograms divided by height in meters squared. I used this tool to calculate my BMI as well as my ideal weight.

“Report after report shows that if we fail to take meaningful steps now on prevention of chronic disease like obesity, healthcare costs will continue to spiral out of control,” said Democratic Senator Tom Harkin, a member of the Senate Health, Education, Labor and Pensions committee and chairman of the Senate Committee on Agriculture, Nutrition and Foresty in a recent statement.

Between 1998 and 2006 the obesity rate has risen by 37%, which translated in a 89% increase on speading for  treatments for obesity-related diseases such as diabetes, heart disease and arthritis. [via Reuters]