by Tibi Puiu
in Renewable Energy
Reading Time: 2 mins read
A A
Share on FacebookShare on TwitterSubmit to Reddit 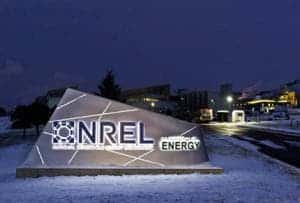 According to a recently publicized rapport by the  Department of Energy’s National Renewable Energy Laboratory (NREL), renewable energy sources could account for as much as 80% of the US’s electricity demand by 2050. The rapport signals the various difficulties that need to be overcome to reach this goal, and note that while 80% might be very challenging to reach, a 50% reach is highly possible.

The US has made significant efforts in increasing the renewable energy stake, and in 2010 renewable energy actually surpassed nuclear energy in provided electricity. Still, the nation is still lagging pretty far behind, compared to other countries’ efforts. Currently, Germany has 17 GW of solar PV installed, versus less than 4 GW in the US – even though the US covers a much larger surface. Scotland has over 31% of its current electricity demand covered by renewable energy, and, along with Denmark, plans to reach 100% by 2050.

The study notes that 439 gigawatts of wind capacity will be required in 2050 for the U.S. to be adequately supplied by renewables. Only 50 gigawatts are currently installed, meaning if the US is keen on reaching its goal, it needs to develop 10 gigawatts per year for almost 40 years, or install ~3,000 wind turbines per year.

Whether the Department of Energy can back its claims and walk the talk, it remains to be seen. What’s pretty certain is that fossil fuel monopoly is shacking more nervously by the day.