In a warming world, air conditioning only makes things worse

As climate change pushes the summer temperatures higher and higher, more and more people are using air conditioning — and that’s making the problem even worse. 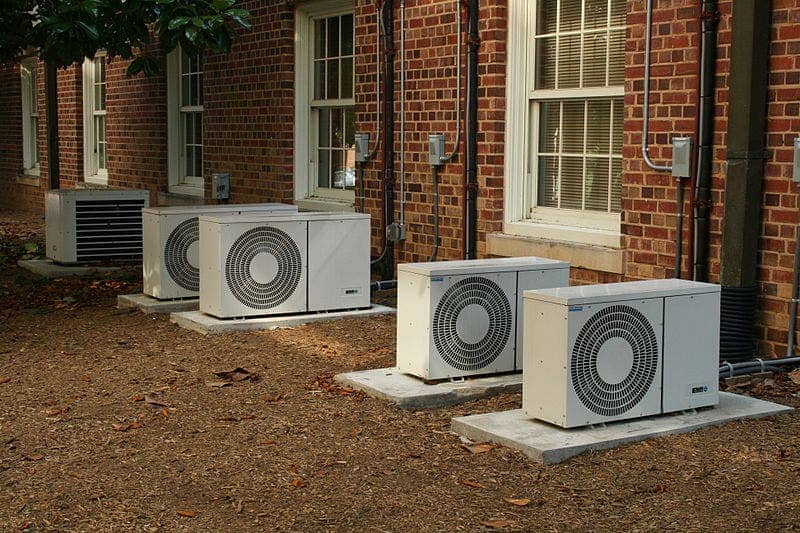 In a special edition of the journal Public Library of Science (PLOS) Medicine dedicated to climate change, a team of researchers from the University of Wisconsin-Madison makes some dire predictions. They forecast that air conditioning used to cool our buildings will further add to air pollution, causing as many as a thousand additional deaths annually in the Eastern United States alone.

“What we found is that air pollution will get worse,” explains David Abel, the lead author of the new report and a UW-Madison graduate student in the Nelson Institute for Environmental Studies’ Center for Sustainability and the Global Environment. “There are consequences for adapting to future climate change.”

It’s a good example of a feedback loop: greenhouse gas emissions cause summer temperatures to get hotter and hotter. People want to cool themselves, so they turn on the AC, which uses more energy and causes more emissions. In principle, things are fairly straightforward, but understanding the specifics of this process is no easy feat.

Abel and his colleagues used projections from five different models to forecast increased summer energy use in a warmer world. Jonathan Patz, a senior author of the study and a UW-Madison professor of environmental studies and population health sciences, says that unless we make the switch to renewable energy, ACs won’t solve our problem — they’ll simply offset it.

“We’re trading problems,” says Patz, an expert on climate change and human health. “Heat waves are increasing and increasing in intensity. We will have more cooling demand requiring more electricity. But if our nation continues to rely on coal-fired power plants for some of our electricity, each time we turn on the air conditioning we’ll be fouling the air, causing more sickness and even deaths.”

The study also highlights a larger-scale problem: we need to adapt to climate change, but many of the things we do to adapt end up making things even worse in the long run. It’s only natural for individuals to want to cool themselves during hot days, but at a societal level, this can be a significant problem.

The solution, researchers emphasize, is shifting away from a carbon-based economy and start switching to renewables. If we use clean energy, then we may get away (at least to some extent) with using energy for relatively frivolous things such as air conditioning.

“The answer is clean energy,” concludes Abel. “That is something we can control that will help both climate change and future air pollution. If we change nothing, both are going to get worse.”