If you thought solar panels or cars are sweet, you’re two steps behind. The Japanese space agency (of which we keep hearing more and more) put solar panels in space. 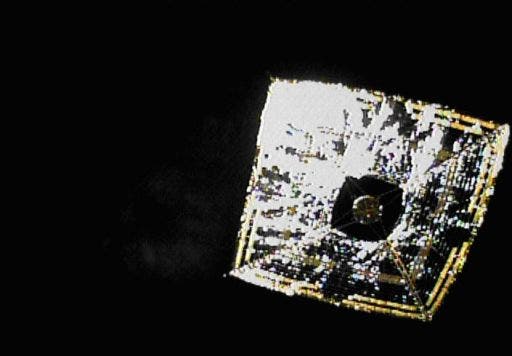 Even better, so-called Ikaros solar sail is pushed forward by solar light – literally. Basically, photons exert pressure when they fall on the super reflective panels which are embedded on the sail. This of course is a really small pressure value we’re talking about, but it’s applied constantly, which makes it count.

Practically, each thrust exerts about 0.0002 pounds of force on the nearly 700-pound Ikaros.

“The main direction of all of this is that it’s a future propulsion method for planetary, interplanetary and maybe even interstellar missions,” said Louis Friedman, executive director of the Planetary Society. “Basically, it allows you to fly around the solar system without any fuel.”

I dunno about you, but that sounds like they’re on to something there.