Future cars could be partially powered by their bodywork

by Mihai Andrei
in Inventions, Science
Reading Time: 2 mins read
A A
Share on FacebookShare on TwitterSubmit to Reddit 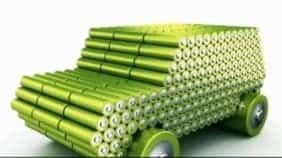 Parts of the car’s bodywork could double up as it’s batter in a not so far away future; at least that’s what the people involved in the 3.4 million project believe. They are working on a prototype that can store and discharge electrical energy; the material is also light and very hard.

Ultimately, this will not only double the battery, but it will make cars lighter, more compact and more energy efficient, allowing drivers to travel longer distances without having to recharge. Furthermore, the material could also be used in different fields, such as mobile phones or computers, so they wouldn’t need a separate battery.

“We are really excited about the potential of this new technology. We think the car of the future could be drawing power from its roof, its bonnet or even the door, thanks to our new composite material. Even the Sat Nav could be powered by its own casing. The future applications for this material don’t stop there – you might have a mobile phone that is as thin as a credit card because it no longer needs a bulky battery, or a laptop that can draw energy from its casing so it can run for a longer time without recharging. We’re at the first stage of this project and there is a long way to go, but we think our composite material shows real promise.”, said The project co-ordinator, Dr Emile Greenhalgh, from the Department of Aeronautics at Imperial College London

You can find a demonstration and additional details here.