According to their own statements, the US Naval Research Laboratory is working to extract the carbon dioxide and produce hydrogen gas from the seawater; if everything works out fine for them, they will be able to convert the CO2 and hydrogen into hydrocarbons which will be used as jet fuel. 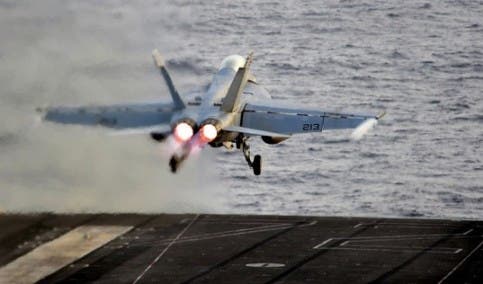 Of course, the main interest is a military strategic one: if they will be able to do this, even if it costs more than traditional fuels, then the military will be able to avoid some really risky transfers, as well as save a lot of time.

“The potential payoff is the ability to produce JP-5 fuel stock at sea reducing the logistics tail on fuel delivery with no environmental burden and increasing the Navy’s energy security and independence,” said Heather Willauer, a research chemist with NRL.

According to officials, the cost per gallon would be about between $3 and $6 per gallon – which also makes it viable from an economic point of view. Republicans in the Congress have, of course, opposed the Navy researching alternative fuels, but I’m not gonna go into politics. Could it become an option for producing conventional gas too? It’s really hard to say, and, as you could expect, no statements were given regarding this.

I only want to address one topic: I’m all for researching alternative fuels, it’s obvious that at one point or another, sooner or later, fossil fuels will end, and we will be forced to find an alternative, so news like this really is great news – at least apparently. But it will be used for military purposes; it was researched only because it provides a tactical advantage, only because it will allow the army to fight a better war. When can we expect research like this done for a better life?