Chernobyl is to become the world’s largest solar power plant

This huge area will finally produce energy -- 30 years after the meltdown.

The Ukranian government plans to turn Chernobyl, the site of the world’s most famous nuclear meltdown, into a sprawling solar power plant — the largest in the world.

Since the meltdown on April 26, 1986, no one’s been able to find any good uses for Chernobyl. A 1,600 square mile area was drenched in radiation and deemed an “exclusion zone,” so everyone was evacuated after the clean-up efforts were concluded and the plant was sealed in its ubiquitous sarcophagus. The buildings, goods, and infrastructure in the area were abandoned so fast that the city looks like time froze there 30 years ago — albeit with a Falloutesque look. Since we left, nature took over, and for the most part, is thriving in our absence (though the microbes that decompose dead organic matter seem to be having a hard time living here.)

In a recent interview, however, Ukraine’s ecology minister Ostap Semerak said that the government is negotiating with two US investment firms and four Canadian energy companies to develop Chernobyl’s solar potential. The area is uniquely suited for the purpose — the land is extremely cheap, much of the required infrastructure, such as roads are already built. Even better, the power lines that served the old 4GW reactor are still useable.

“The Chernobyl site has really good potential for renewable energy,” said Ukraine’s environment minister Ostap Semerak during an interview in London. “We already have high-voltage transmission lines that were previously used for the nuclear stations, the land is very cheap and we have many people trained to work at power plants. We have normal European priorities, which means having the best standards with the environment and clean energy ambitions.” 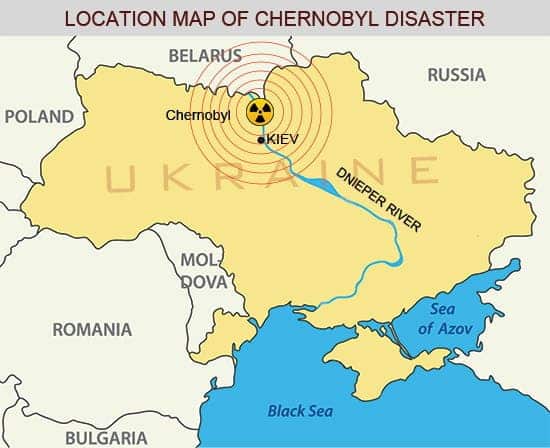 PVTech reports that Ukraine is pushing for a 1GW solar plant built in a 6-month construction cycle. This would make it the world’s largest plant of the type if built today — similar plants are in development today in Egipt, India or China among others — but none have been completed yet. A 1GW solar project – based upon a global market price of $1-1.5/W for large scale development – would cost between $1 and $1.5 billion dollars. The short time-frame for construction would require significantly more resources to be deployed to complete the project on time, however.

But that might not be a problem. The European Bank for Reconstruction & Development has expressed an interest in supporting the project, “so long as there are viable investment proposals and all other environmental matters and risks can be addressed to the bank’s satisfaction.” One issue that still hasn’t been considered is what constraints will be imposed on the workers. How much exposure will be considered “safe” for them? Will they have to wear radioactive suits while they work? And how will this translate into building costs? These issues will have to be settled to everyone’s satisfaction before work can commence.

Hopefully, they will. There’s something close to poetic justice in turning the site of probably the worst industrial accident in human history into a solar power plant, one of the safest and cleanest energy production technologies we have.