Astronomers working on the Kepler telescope believe that every 1 in 6 stars hosts at least an Earth-sized planet in a close orbit, raising the number of such planets in our galaxy to 17 billion. 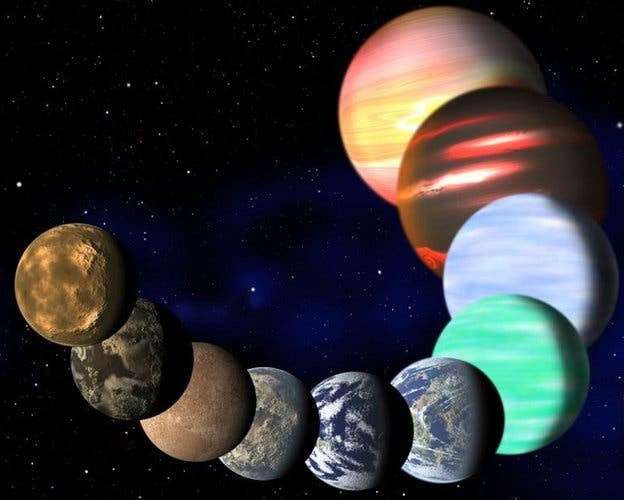 Astrophysicists also announced 461 new planet candidates discovered by the telescope; this raises the number of planets discovered by Kepler to 2,740 – quite a remarkable number, especially considering how it was launched just 3 years ago. The findings were announced at the 221st meeting of the American Astronomical Society in California.

Since 2009, Kepler has looked at over 150.000 stars, trying to figure out if there are planets orbiting them. In order to do this, it analyzes what is called a transit – a dip in the star’s luminosity as planets pass in front of it – sort of like a mini-eclipse. However, these luminosity dips are extremely small and hard to measure and put in context, especially considering that not every dip is caused by a planet.

But Francois Fressin of the Harvard-Smithsonian Center for Astrophysics (who discovered several Earth-sized planets) is not only trying to find and characterize planets using this method, but he also wants to find planets that haven’t been visible to Kepler.

“We have to correct for two things – first [the Kepler candidate list] is incomplete,” he told BBC News. “We only see the planets that are transiting their host stars, stars that happen to have a planet that is well-aligned for us to see it, and [for each of those] there are dozens that do not. The second major correction is in the list of candidates – there are some that are not true planets transiting their host star, they are other astrophysical configurations.”

The most notable example here are binary stars – stars that orbit each other, often blocking light and dipping luminosity as one passes in front of the other.

“We simulated all the possible configurations we could think of – and we found out that they could only account for 9.5% of Kepler planets, and all the rest are bona fide [good faith] planets,” Dr Fressin explained. 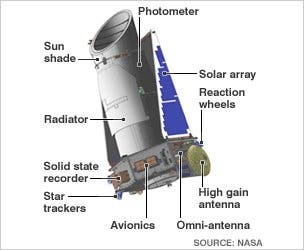 Their results suggest that 17% of stars host a planet up to 1.25 times the size of the Earth, in close orbits lasting just 85 days or fewer – pretty much like the planet Mercury. If their results are correct, then our galaxy must have at least 17 billion such planets – much more than previously expected!

But even has he was reporting these numbers, Christopher Burke of the Seti Institute found 461 new candidate planets, a substantial fraction of which were about as big as Earth, or just a little larger.

“What’s particularly interesting is four new planets – less than twice the size of Earth – that are potentially in the habitable zone, the location around a star where it could potentially have liquid water to sustain life,” Dr Burke explained.

The good thing is that not only are they finding more and more planets, but they’re also getting better at it.

“It’s very exciting because we’re really starting to pick up the sensitivity to these things in the habitable zone – we’re just really getting to the frontier of potentially life-bearing planets.”

William Borucki, the main man and driving force behind the Kepler missions was also delighted.

“The most important thing is the statistics – not to find one Earth but to find 100 Earths, that’s what we’ll be seeing as the years go on with the Kepler mission – because it was designed to find many Earths.”