There’s been a lot of buzz around the planets discovered by the Kepler telescope, particularly about Kepler-22b – the planet which, outside Earth, has the biggest chances to host life (that we know of). Now, SETI will tune in and start listening to see if there are any aliens with something to say on those planets. 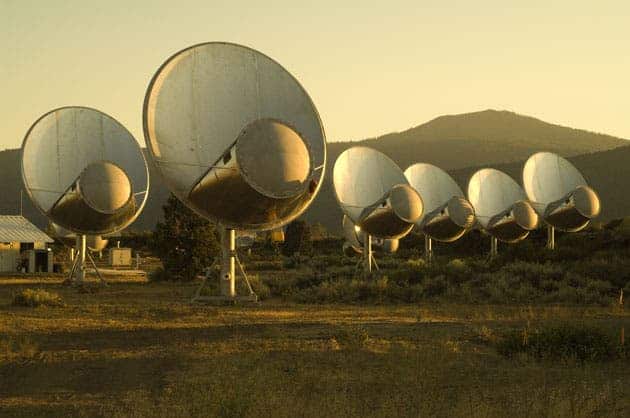 Sadly, SETI has been through a lot of problems lately; the University of Berkeley cut all support, and they were actually in danger of being shut down, even though all the funding they needed was a fraction of an Apache Helicopter, for example. However, due to funding received mostly by donations, the Allen Telescope Array (ATA) is back in business, and they can start looking for aliens once again.

“This is a superb opportunity for SETI observations,” says Jill Tarter, director of the Center for SETI Research at the SETI Institute. “For the first time, we can point our telescopes at stars, and know that those stars actually host planetary systems – including at least one that begins to approximate an Earth analog in the habitable zone around its host star. That’s the type of world that might be home to a civilization capable of building radio transmitters.”

Of course, the top priority will be given to the recently discovered Kepler planets – some of which have every chance of hosting life.

“In SETI, as with all research, preconceived notions such as habitable zones could be barriers to discovery,” says Tarter. “So, with sufficient future funding from our donors, it’s our intention to examine all of the planetary systems found by Kepler.”

During the next two years, SETI will systematically tune in to these planets, listening for something out of the ordinary in this naturally quiet region. If something is happening there, they will ‘hear’ it, as they can search tens of millions of 1Hz-wide channels at any one time.

“Kepler’s success has created an amazing opportunity to focus SETI research. While discovery of new exoplanets via Kepler is backed with government monies, the search for evidence that some of these worlds might be home to intelligence falls to SETI alone,” says Tarter. “And our SETI exploration depends entirely on private donations, for which we are deeply grateful to our donors.”

You can follow the SETI activity at any time by tuning in to Seti Stars.