by Mihai Andrei
in Astronomy, Physics, Space
A A 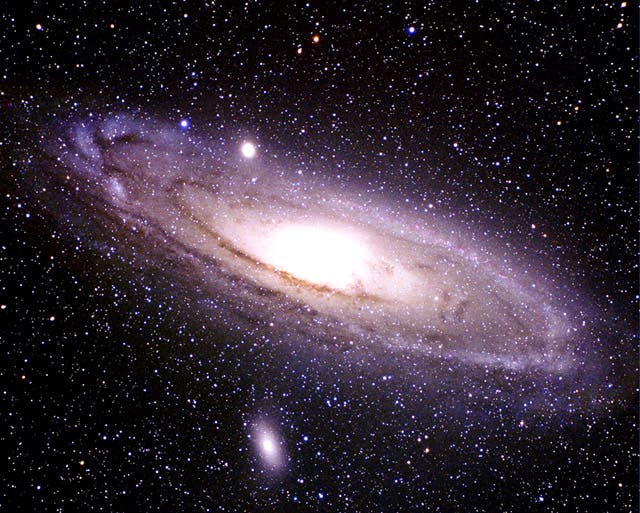 A new study suggests that a blunder of cosmic proportions has been made when estimating the total number of stars in the universe; the research points out that a specific kind of galaxy has 10 times more red dwarf stars than previously estimated. This would not only triple the number of stars throughout the universe, but also hold significant implications for how galaxies and stars form and evolve.

The result (if it holds up) would massively shake things, with as many as 200 billion galaxies in the observable universe, each with a few hundred billions stars on average. To get to this conclusion, astronomers studied eight huge elliptical galaxies that they selected from two vast galaxy clusters, and looked especially at red dwarfs, basically the least powerful stars out there, that weigh around 25% as much as the Sun.

Surveys of our own galaxy, the Milky Way, have shown that these dwarfs outnumber stars such as the Sun by 100 to 1, but they are so dim and other galaxies are so far away that it is currently impossible to see them. As a consequence, when estimating how much stellar mass there is in a galaxy, researchers loosely assume that the red dwarf-sun like star ratio is about the same throughout the whole universe, at every moment in time.

“We always knew that was sort of a stretch, but it was the only thing we had. Until you see evidence to the contrary you kind of go with that assumption.”, says Pieter van Dokkum, an astronomer at Yale University in New Haven.

The study analyzed eliptical galaxies, the oldest type of galaxy, but the one with the most stars; they number about one third out of all the galaxies out there. The study could also have some important clues regarding dark matter, because if other galaxies also confirm these findings, it would solve a long lasting puzzle between galaxy formation and dark matter. Basically, astrophysicists believe that without dark matter’s additional mass, galaxies would fly apart as they spin because the visible matter present lacks the mass, hence the gravity, needed to hold the galaxies together.

Scientists usually estimate a galaxy’s mass by estimating the light that it emits, which mostly comes from the most brightest stars, the ones who are powerful enough to send out light far enough to reach our telescopes on Earth. They then extrapolate the ratio for other stars and then calculate the total mass.

“Now, it turns out that two galaxies can have the same light coming off of them, but they might have very different masses because they have a different number of these very low-mass stars,” van Dokkum explains.

However, the results have to be analyzed with extreme care, even he admits. When it comes to red dwarfs, astronomers “have made the mistake of assuming that the Milky Way was typical of all galaxies in the universe,” he says. “We shouldn’t make the mistake of assuming that these eight elliptical galaxies are representatives for all elliptical galaxies in the universe.”