The entire Universe in one Logarithmic Map

by Mihai Andrei
in AstroPicture
ADVERTISEMENT

Don’t you just love it when art and science get together? Here, artist Pablo Carlos Budassi managed what seems impossible: representing the entire Universe in one picture. 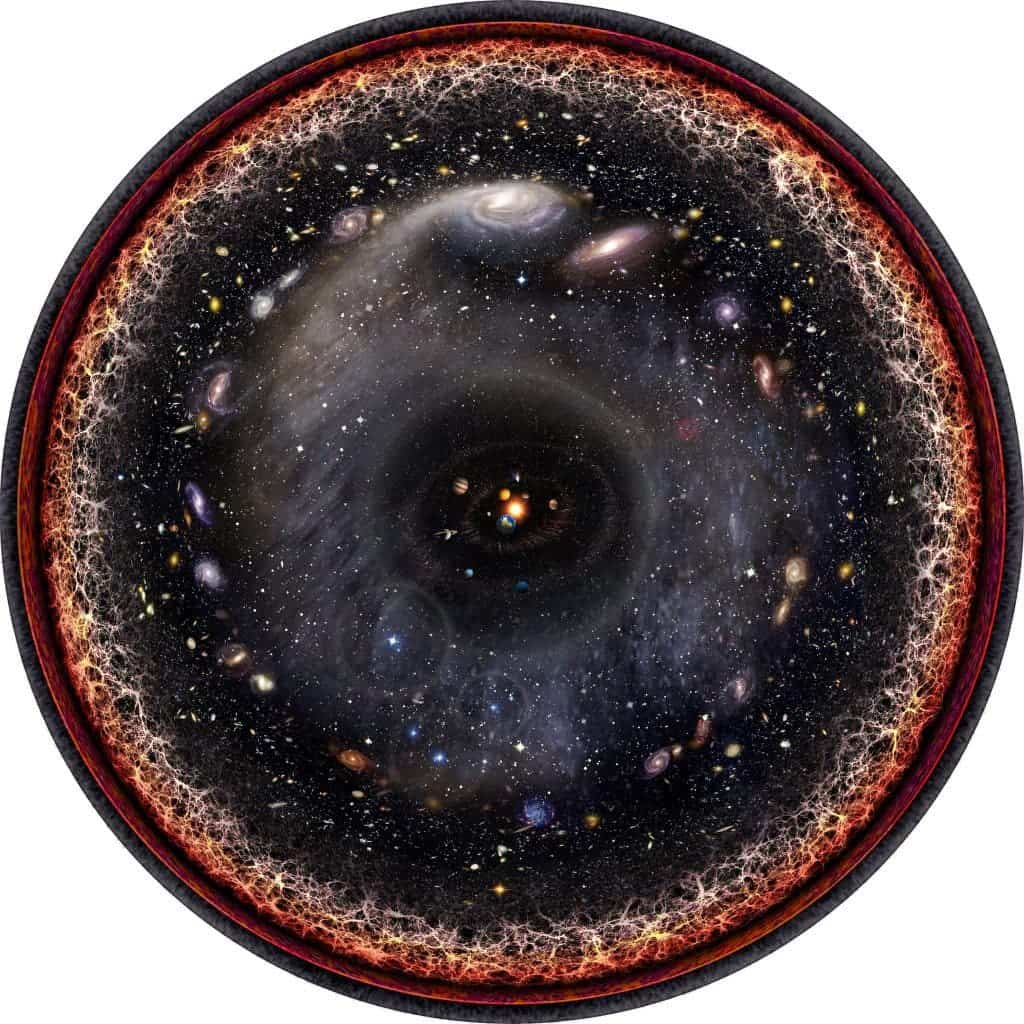 Using lots and lots of telescope, satellite images and photos snapped from NASA’s rovers, he painstakingly stitched many of the prominent features in the known Universe. He started from our solar system and then moved on in logarithmic progression. Logarithms are useful for understanding large numbers or distances, and here each consecutive map ring represents several orders of magnitude.

A similar, though much less artistically appealing map was created by astronomers atPrinceton back in 2005.