by Tibi Puiu
in Great Pics, Remote sensing, Space
Reading Time: 3 mins read
A A
Share on FacebookShare on TwitterSubmit to Reddit 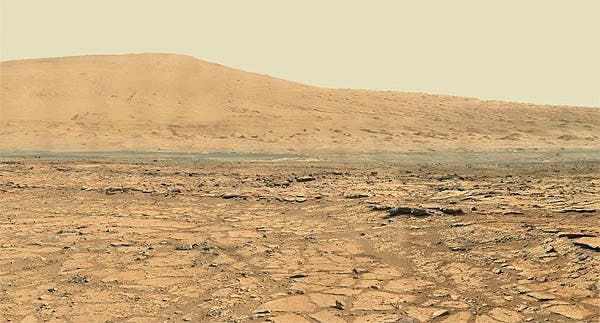 Since Curiosity landed, it has more than made its money worth, especially considering the mission’s most recent official public briefing when NASA JPL lead scientists announced they found evidence Mars was once capable of supporting life. It’s not only about science though, it’s also about beauty, rugged adventure and seeing things for the first time that up until now were only confined to our imagination.

There’s been no shortage of pure awesome photos delivered by the rover since it touched base with Mars, but this most recent footage beats everything altogether. Just like a sort of Mars Street View, photographer Andrew Bodrov assembled 407 photographs taken by Curiosity from various vantage points to form four gigapixel, 360 Mars-view. So, get ready to get beamed to Mars and enjoy this fantastic trip. I’ve been staring at these shots for the past couple of hours and I simply can’t get enough. By the way, does any of this look familiar? I have all these reminiscent frames of desert-like places here on Mars, and it kind of makes sense considering the red planet was once very similar to our own billions of years ago.

Check out the 360 Mars view here or directly on this ZME Science page.