The world from the Fifth Element is closer than you thought.

by Tibi Puiu
in News
Reading Time: 1 min read
A A

An Israeli company is building a vertical take-off and landing vehicle called the AirMule. It’s designed to be completely autonomous and can haul as much as 1,100 pounds of people or cargo as far as 30 miles, cruising at 110mph. The AirMule, or rather the AirBug judging from its appearance, is meant to aid disaster relief situations as well as war zones where rapid but risky extractions are required.

In December 2015, Urban Aeronautics demoed the AirMule by making a short flight. Now, the company presents a new and improved version called the Cormorant, after the coastal birds, which has the rotor placed inside the craft, not outside.

The flight is completely autonomous and last roughly two minutes. It did present some hiccups like an unprogrammed earlier landing, as prompted by the flight control. 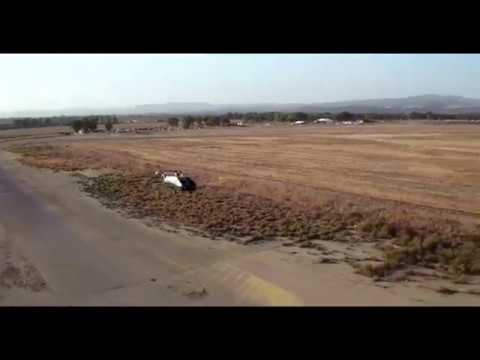 Although the technology is in its infancy, one can’t help let imagination run wild. The unique design means upcoming, better versions will be able to fly between buildings and tight corridors, something akin to the crafts portrayed in movies like the Fifth Elements or, why not, The Jetsons.