After a two year delay, almost a decade of planning, and several budget overruns, NASA’s proudest rover, Curiosity, is finally good to go. The car sized vehicle is twice as big and holds twice as much instruments as its predecessors, including a drill that will allow it to bore deep into the red planet’s rocks. 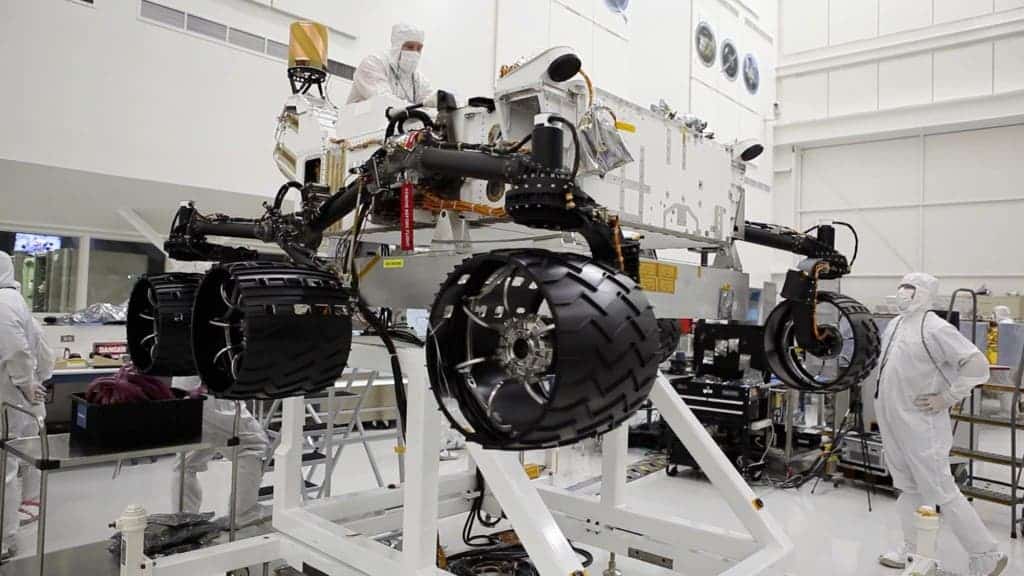 Curiosity, the center of NASA’s $2.5 billion Mars Science Laboratory mission is set to take off this Saturday, on the 26 November, after a one day delay which was caused by a rocket battery issue. However, all in all, this launch takes place some two years later than initially planed by the MSL – a mistake that increased the mission’s cost by over 50 percent.

But now that the rover is on the launch pad, its issues and problems are slowly slipping into past memories, while most eyes are now set on the future of Curiosity, and most of all, its main mission – to determine if Mars holds, or ever held, life.

“This is a Mars scientist’s dream machine,” Ashwin Vasavada, MSL deputy project scientist at NASA’s Jet Propulsion Laboratory (JPL) in Pasadena, Calif., told reporters on Nov. 10. “This rover is not only the most technically capable rover ever sent to another planet, but it’s actually the most capable scientific explorer we’ve ever sent out.”

Plans for the curiosity mission first began in 2003, and since then, researchers have developed and built this monster of a rover that is supposed to take planetary exploration to a whole new level. Weighing at one ton, Curiosity is almost five times heavier than its predecessors, Spirit and Opportunity, which landed on Mars to search for evidence of water in January 2004. However, Curiosity is not at all only about searching for life, but it is the next step in doing so; it also has numerous other scientific purposes, in which it will use the ten pieces of scientific equipment onboard, as well as the drill it has been equipped with.

“We bridge the gap from ‘follow the water’ to seeking the signs of life,” said Doug McCuistion, head of NASA’s Mars exploration program.