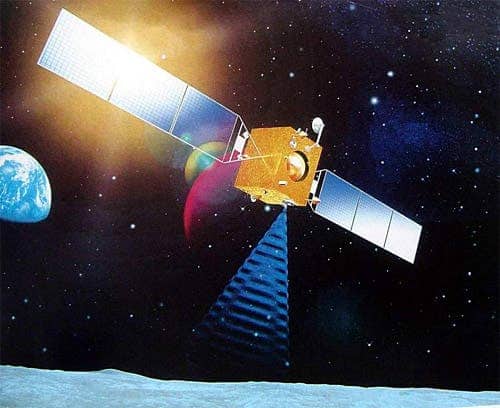 Last year, in October, China launched its second moon orbiter, as part of the country’s rapidly growing reformed space program . The Chang’e 2, as it was dubbed, has seen a great deal of improvements compared to its predecessor, including a more powerful rocket that delivered the probe to the moon more quickly. Today, after finishing all its scheduled missions above the Moon, the probe has been launched out of orbit into interplanetary space, with a destination more than 930,000 miles away from Earth.

During its programmed six months lifespan, Chang’e 2 has completed all its design tasks a bit earlier, so scientists from the State Administration of Science, Technology, and Industry for National Defense (SASTIND) gave it additional missions, including snapping images of the lunar poles and flying into low-orbit to get a better glimpse of the Bay of Rainbows, a potential future landing site for Chinese moon missions.

Surprisingly enough, the Chang’e surplus fuel for staying on the “safe side” didn’t have to be used, which the SASTIND used to catapult the probe deeper into space, for a ride which is set to last 85 days. It won’t be sent with a clear examination purpose, however. Instead, it will be more of a capability testing run, one to see how the Chinese instruments on the probe behave further into space like communication, data downlink, and control challenges which often arise. Its destination – a Lagrangian point.

Lagrangian points are locations in space where gravitational forces and the orbital motion of a body balance each other. They were discovered in 1772 by the French mathematician Louis Lagrange, who was working on a solution to the “three-body problem”. The problem arose after scientists began wondering how a third, small body would orbit around two large bodies that are also in orbit.

There are five Lagrangian points in the Sun-Earth system, and the Chang’e-2 will fly to one of those nearest the Earth.

This will mark the furthest  a Chinese space vessel has traveled into outer space so far, making for an important landmark in China’s space program.

“If the Chang’e-2 can get there, that will lay the groundwork for China’s future exploration of deep space,” Pang Zhihao, a researcher and deputy editor-in-chief of the magazine Space International, said.

Like I reported earlier, China has set very high goals for the future concerning space exploration, intending on building its own ortibint space station by 2020, sending a rover to the moon surface – the Chang’e 3 mission – which will collect sample and return on its own back to earth in 2017, and a manned mission to the moon by 2025. Meanwhile, NASA is underfunded, and can’t really do much to satisfy its ambitions (not really their fault), and the Russian space program has been stagnating for some time now.