You should know about Chinese knife money

When we think about money today, bills or coins pop up in an average mind, maybe even credit cards; even the concept of some different objects used as currency (not as trade items) seems outrageous. However, this is exactly the case with the Chinese knife money, introduced between 600 to 200 B.C. during the Zhou dynasty. 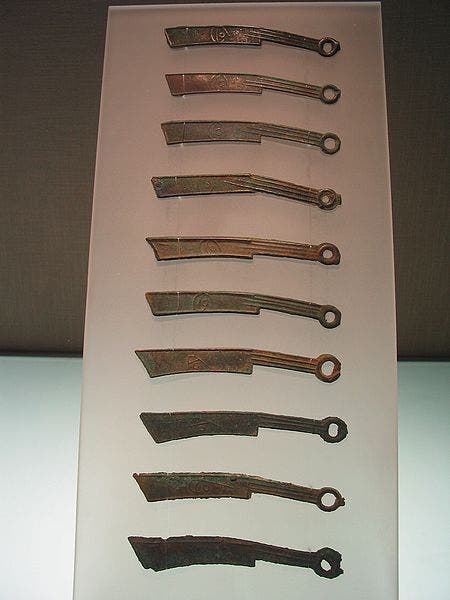 Significant evidence has been found to support the existance of such a currency, but exactly how it appeared is not clear; there are a few different stories about how knife money were brought to the world. In one of them, perhaps the most interesting, a Chinese prince was running low on money, and he was having serious issues with paying his troups. In order to solve this problem, he allowed his soldiers to barter with the villagers using their knives as currency. This became so popular that villagers themselves started using it, and it spread throughout the country. 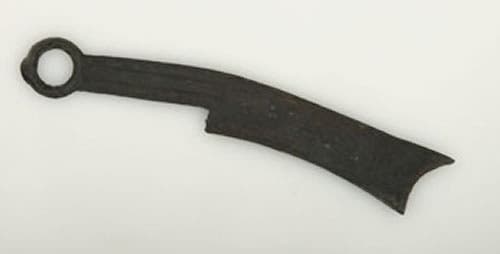 In another story, the same prince gave too much small fines, and people were often unable to pay them, so he announced he would also accept knives as form of payment. Another possibility is that knife money were brought by traders from the Indian Ocean. Whatever the truth though, the popularity of this kind of trading dropped in time, and by 200 BC, it completely dissappeared.