by Mihai Andrei
in Chemistry, Physics
Reading Time: 2 mins read
A A
Share on FacebookShare on TwitterSubmit to Reddit

Hydrogen is the most common element in the Universe. It’s the first element in the periodic table, and it has but one proton and one electron. Understanding how it behaves at very large pressures is crucial to our understanding of matter and the nature of hydrogen-rich planets. 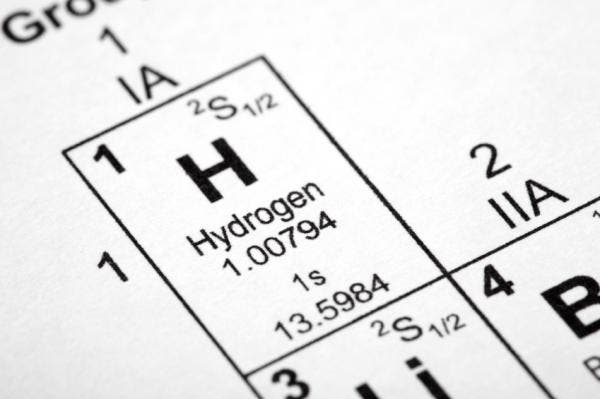 Under typical conditions, Hydrogen is a diatomic molecule (H2); but as pressure increases, these molecules start to change – these different forms are called phases, and hydrogen as three well known solid phases. But it has also been speculated that at very large pressures, it starts acting like a metal, conducting electricity. As a matter of fact, a few more bold physicists believe that it can even become a superconductor or a superfluid that never freezes–a completely new and exotic state of matter.

Their results showed that in these conditions, hydrogen acts like no other structure that we know of. It has two very different types molecules in its structure – one which interacts very weakly with its neighboring molecules (highly unusual for matter at such high pressures), and another which bonds with its neighbors, forming surprising planar sheets.

“This simple element–with only one electron and one proton–continues to surprise us with its richness and complexity when it is subjected to high pressures,” Russell Hemley, Director of the Geophysical Laboratory, said. “The results provide an important testing ground for fundamental theory.”