by Mihai Andrei
in Chemistry

Scientists have, for the first time, obtained actual images of one of the most important interactions in the world – the special type of chemical bond called the hydrogen bond, which keeps our DNA together and gives water its unique properties. Using a technique called high-resolution atomic force microscopy (AFM), researchers in China have managed to visualize this bond.

Hydrogen bonds are all over nature, and they’re a vital part of our day to day lives. When a tiny hydrogen atom bonds with a much bigger atom, like nitrogen or oxygen (for example in water), the larger atom pulls away some of the hydrogen’s negative charge, leaving it with a positive charge on one edge. The hydrogen, which has a partial positive charge tries to find another atom of nitrogen or oxygen and is attracted to the partial negative charge. Now, researchers have successfully visualized a molecule called 8-Hydroxyquinoline, an organic compound. 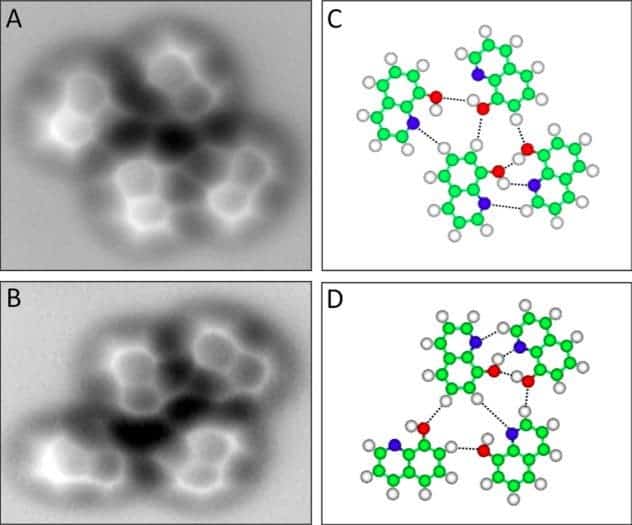 We have been familiar with the theoretical model of these bonds for quite a long while, but it’s the first time we got to see how it really looks like. The left hand column shows column shows the actual microscope images, while on the right hand we have the ball-and-stick models. The red molecules are oxygen and the blue are nitrogen and the white are hydrogen.

A different group of researchers from the Lawrence Berkeley National Laboratory used a similar method in May to capture the first images of covalent bonds – the chemical bond that involves the sharing of electron pairs between atoms. 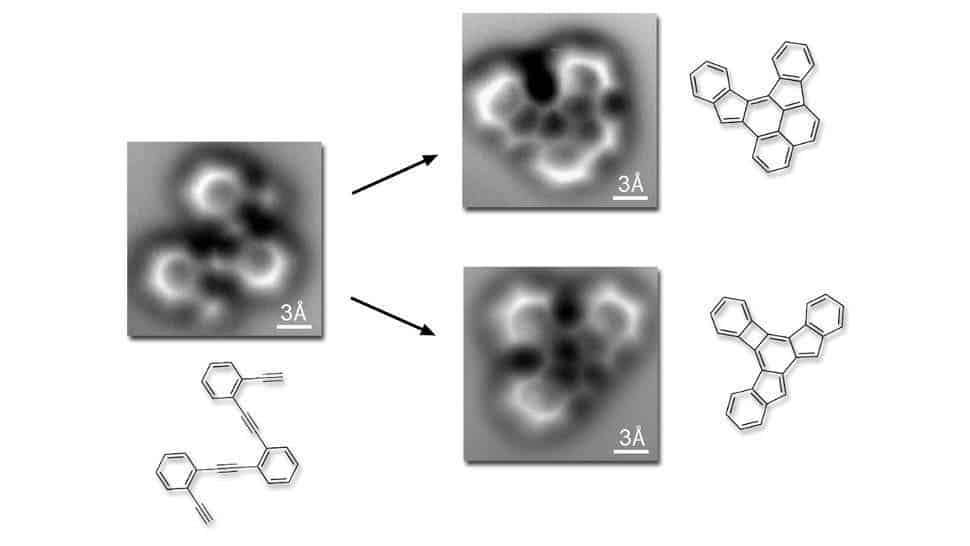