Why does hot water freezes faster than cold water? Enter the Mpemba effect

by Alexandru Micu
in News, Physics, Science, Videos
A A

A Spanish team of researchers has developed a framework theory that could explain the Mpemba effect — the mysterious physical phenomenon that makes hot water freeze faster than cold water.

Preheated liquids freeze faster than cold ones. There’s some evidence that Aristotle first observed this effect in the 4th century AD, and it later piqued the curiosity of intellectual heavyweights such as Francis Bacon and René Descartes.

In 1960, the phenomenon took its first steps toward theory when Tanzanian student Erasto Mpemba observed that the hottest mixture of ice cream froze faster than the cold one during cookery class. Later, as a student at Mkwawa Secondary School in Iringa attending a physics lecture, he inquired about the causes of this phenomenon and was ridiculed by classmates and his teacher. However, the lecturer, Dr. Denis Osborne from the University College in Dar es Salaam, tested and confirmed Mpemba’s observations. The two published a paper in 1969 detailing the findings.

The strange effect later made it into both educational and science outlets, but its causes have been poorly understood until now. That’s why a team of Spanish researchers set out to determine why the seemingly counter-intuitive Mpemba effect exists.

“It is an effect that, historically, has not been addressed in a rigorous manner but merely as an anomaly and a didactic curiosity,” said Antonio Prados, paper co-author and researcher at the Universidad de Sevilla Department of Theoretical Physics. “From our perspective, it was important to study it in a system with the minimum ingredients to be able to control and understand its behavior.”

Certain “ingredients” have to come together for the effect to occur in a given system, the team reports. They studied the Mpemba effect in granular fluids, substances that contain hard inelastic spheres but behave as liquids. This environment was selected so that the team could simulate interactions between particles and “make analytical calculations to know how and when the Mpemba effect will occur,” said Antonio Lasanta, study co-author and a researcher at the UC3M, Universidad Carlos III de Madrid.

When these particles collide they shed energy. Since higher temperatures mean more motion at the molecular levels, the Mpemba effect will take place faster in warmer liquids. The study also confirmed the existence of a ‘reverse-Mpemba’ effect generated by the same interactions, where the coldest system will heat up faster than the hottest one. This reverse was first predicted about a year ago by Oren Raz, now at the Weizmann Institute in Israel, and Zhiyue Lu from the University of Chicago.

“The scenario that the effect will most easily occur in is when the velocities of the particles before heating or cooling have a specific disposition — for example, with a high dispersion around the mean value,” the athors add. This way, the evolution of the temperature of the fluid can be significantly affected if the state of the particles is prepared before the cooling, they explain.

A better understanding of the Mpemba effect won’t just advance our understanding of basic science but could have practical applications in the mid to long term. If the team’s theory is verified, it could lead the way to electronics that cool down faster, for example.

There’s still a ways to go until then, however. Like Raz and Lu’s paper before, the study garnered some criticism for the very simplified model used to study the effect, compared to water’s more complicated behavior. Taken together, however, the studies support each other and lend a great deal of confidence that such particular interactions fit in the wider mechanisms of the Mpemba effect.

At the same time, Mpemba himself first observed the effect in milk, which has many large particles suspended in water. The granular liquid models could also apply to water samples: large solute particles in impure water samples could contribute to the overall Mpemba effect. 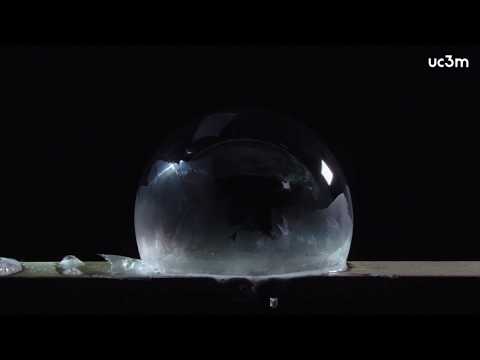 The paper “When the Hotter Cools More Quickly: Mpemba Effect in Granular Fluids” has been published in the journal Physical Review Letters.