by Alexandru Micu
in Offbeat, Science, Videos
Reading Time: 2 mins read
A A
Share on FacebookShare on TwitterSubmit to Reddit

Filmmaker Harun Mehmedinovic recorded this breathtaking video of the Grand Canyon turned sea-of-clouds in the wake of a total temperature inversion and a particularly chilly night. 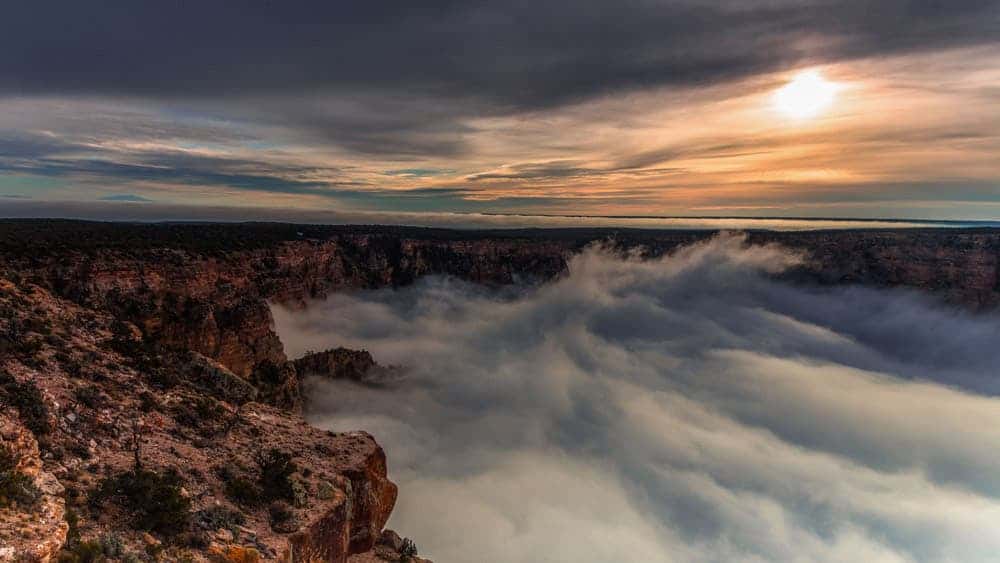 For the most part, air is warm near the ground and gets progressively colder the further up you go, because it’s the ground that radiates heat. Per thermal dilation works, however, the low layer of air tries to push its way up once it gets warm enough. This upward motion ultimately culminates in the formation of clouds, as the upward drafts of air carry moisture from the ground up to colder layers where it condenses. This effect leads to a variety of different types of clouds.

But in some very rare conditions, the bodies of air can undergo a spectacular phenomenon known as a total temperature inversion. In case the name wasn’t a dead giveaway, it basically consists of cold air (which is denser) getting trapped at ground-level under a cap of warm air. Although the two bodies of air are flipped over, the moisture is still at ground level — and now the body of cold air there is too, so clouds form around your feet.

That’s exactly what you see happening in the video above. It’s part of the Skyglow Project, a crowdfunded project that aims to explore the effects of urban light pollution by examining some of the darkest skies across North America. It was shot after a cool, rainy night on the Grand Canyon. Moisture got trapped and condensed in the canyon, filling it to the brim with a sea of clouds.

Because inversions are rare in an of themselves and the Grand Canyon is so dry usually, you can catch the fog-filled vistas here only once every several years.