Ever wanted to feel a marsquake?

The Earth has lots of earthquakes, but it’s not the only place with temblors. While Martian quakes are much smaller in intensity, they do exist — here’s how the seismic waves propagate through the planet:

When NASA sent astronauts to the moon in the Apollo 11 mission, they also had them deploy scientific instruments — including seismometers. But it took a couple more decades until the agency’s InSight lander brought the first seismometer to Mars in late 2018. Called the Seismic Experiment for Interior Structure (SEIS), the seismometer made history in April 2019, when it detected the first marsquake.

The mission is led by researchers at ETH Zurich in Switzerland who monitor and analyze the data. Because Mars doesn’t have active plate tectonics, it also has much fewer (and less intense) earthquakes. These temblors pose no realistic risk whatsoever — the purpose of the seismometer is to help researchers better understand the inside of the planet.

Much of what we know about Earth’s internal structure also comes from seismology. When an earthquake occurs, it spreads out energy in the form of seismic waves. There are different types of waves which propagate differently through the Earth’s inside. By calculating the time of arrival between different types of waves, their amplitude, and several other parameters, seismologists make certain deductions about the Earth’s structure.

In a way, it’s a bit like how an ultrasound reading can reveal a baby inside a mother’s womb, except the scale and accuracy of the procedures is very different. Ultrasounds and seismic waves are both acoustic waves and they get similarly reflected and refracted. But researchers didn’t stop here.

Researchers at ETH took things even further: they wanted to see how a marsquake feels, compared to one on Earth or on the moon. 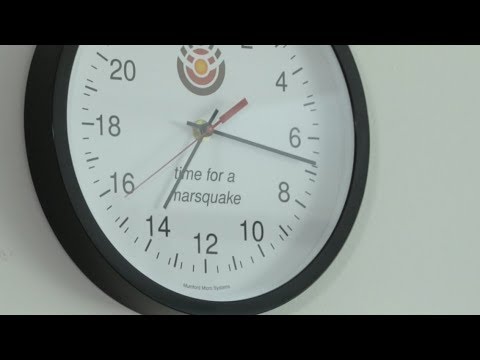 Of course, since the marsquake is much weaker than its earthly equivalent, the signal is also weaker. The team had to amplify the marsquake signals by a factor of 10 million in order to make the barely-perceptible tremors comparable to earthquakes. Moonquakes were similarly amplified.

The reason why quakes on different types of planets can feel differently is that they are affected by the material the waves pass through. We’re still in the very early days of studying marsquakes but so far at least, the results are encouraging.

The 2020 Mars Rover will also feature an instrument that will help researchers “see” beneath the Martian surface. The ground penetrating radar will use electromagnetic waves to create a high-resolution visualization of a Martian subsurface, at depths of up to 10 meters.