3D supercomputer simulation predicts disastrous outcome for L.A. on the next “Big One”

by Tibi Puiu
in Climate, Environmental Issues, World Problems
Reading Time: 3 mins read
A A
Share on FacebookShare on TwitterSubmit to Reddit 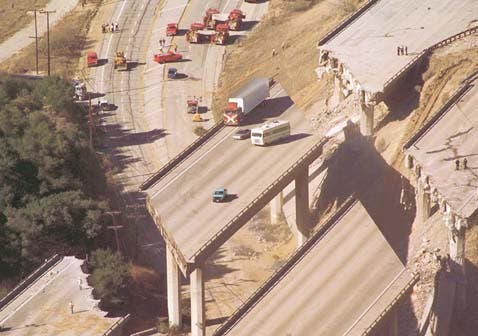 The San Andreas fault is notorious for its unstable seismic nature, being the center stage for America’s most devastating earthquakes as well as the object of imagination for different artists. We’ve all marveled and even laughed at movies, magazines or comic books depicting scenes like a earthquake ravaged L.A. or a newly formed island state of California, but sadly one day these all might come true when the region will be seriously tried by nature – according to scientists that day may soon be upon us!

A team of researchers lead by Thomas Jordan of the University of Southern California has simulated an earthquake in 3-D, using the world’s fastest computer, to see how the ground would shake throughout Southern California and into Mexico in the event of a magnitude 8.0 earthquake centered northwest of Los Angeles. The output data is frightening.

As one can easily see in the presentation featured in the press video below, the seismic hazard from a magnitude 7.75 earthquake along the 170-kilometer section of the San Andreas fault between Tejon Pass and San Bernardino could have dramatic cataclysmic effects on the city of Los Angeles, considering the seismic tremblings will affect the city for a longer period of time (even up to two minutes). Of course, dire consequences would ensue. What’s also interesting to note is that this very unstable seismic fault was presumably met with a “big one” every 250-400 years, but now scientists have learned that the “big one” comes at a cycle between 45-144 years. Now, considering the last big earthquake hit the Southern California straight was 153 years ago, on 1857, a dramatic event might happen at any time.