by Mihai Andrei
in Biology, Inventions
Reading Time: 4 mins read
A A
Share on FacebookShare on TwitterSubmit to Reddit 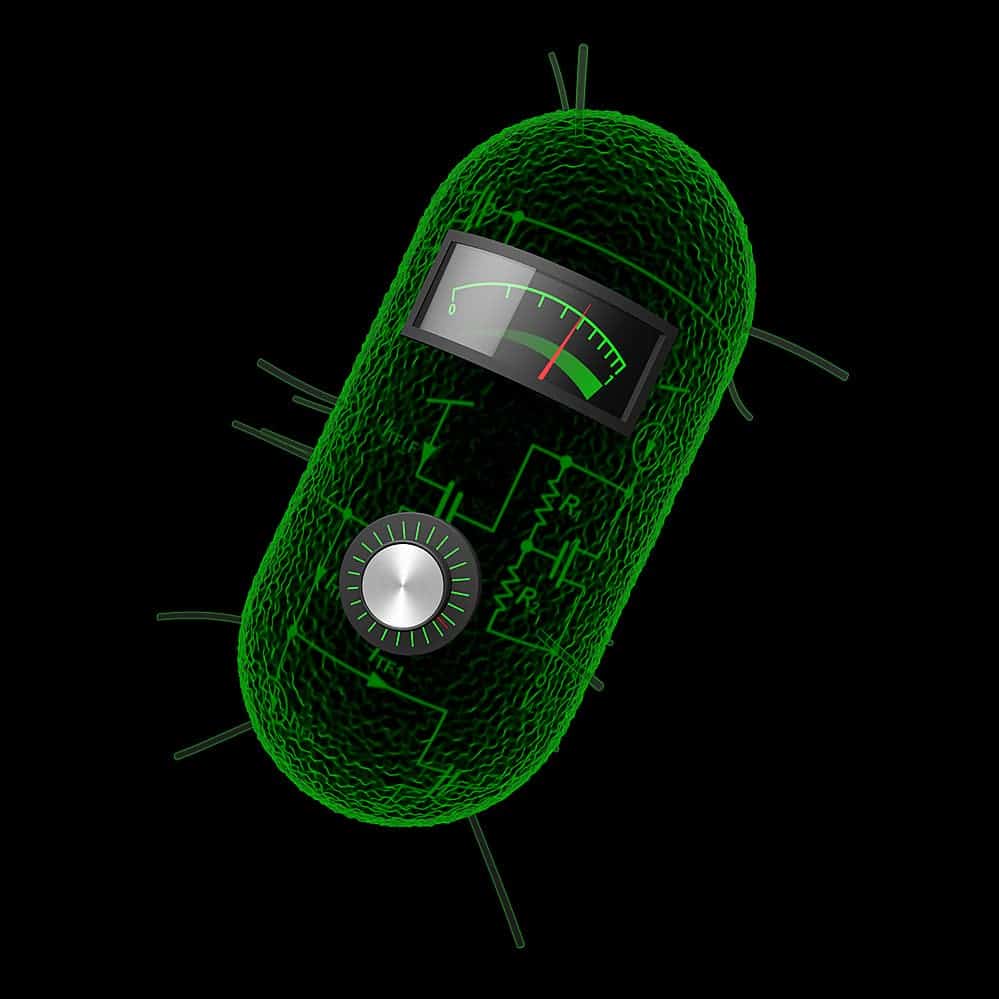 Inspired by how analog electronic circuits function, the researchers created synthetic computation circuits by combining existing genetic “parts,” or engineered genes, in novel ways. They perform calculations by using biochemical functions already existing in the cell, instead of engineering new ones, thus making them more efficient than the digital circuits pursued by most synthetic biologists.

“In analog you compute on a continuous set of numbers, which means it’s not just black and white, it’s gray as well,” says Sarpeshkar, an associate professor of electrical engineering and computer science and the head of the Analog Circuits and Biological Systems group at MIT

This kind of “computer cells” could be very useful for designing cellular sensors for pathogens or other molecules, the researchers say. Furthermore, they could be combined with digital circuits to create cells that can take a specific action, triggered by a specific stimulus, such as a certain protein going over a threshold, or temperature going above a set degree.

“You could do a lot of upfront sensing with the analog circuits because they’re very rich and a relatively small amount of parts can give you a lot of complexity, and have that output go into a circuit that makes a decision — is this true or not?” says Lu, an assistant professor of electrical engineering and computer science and biological engineering.

In this study, Sarpeshkar and his colleagues have mapped analog electronic circuits onto cells; these analog circuits are very efficient because they can take advantage of the continuous range of inputs that typically occurs in a biologic body, and they can also exploit the natural continuous computing functions that are already present in cells.

Digital circuits represent every value as 1 and 0, black and white; this can be very useful for performing logic operations, such as AND, NOT and OR inside cells, which many synthetic biologists have done. Basically, these functions estimate whether a certain element is present, but not how much.

They also require more parts, and a significant input of energy, which can drain the energy of the cell hosting them.

“If you build too many parts to make some function, the cell is not going to have the energy to keep making those proteins,” Sarpeshkar says.

To create an analog adding or multiplying circuit that can calculate the total quantity of two or more compounds in a cell, scientists combined two different circuits, each of which responds to a different input. In the first one, a sugar called arabinose turns on a transcription factor that activates the gene that codes for green fluorescent protein (GFP), while in the second one, a signaling molecule known as AHL also turns on a gene that produces GFP. If you go and calculate the total amount of GFP, you can calulate the total input of the two separate inputs.

To substract or divide, the process was a little different: they swapped one of the activator transcription factors with a repressor, which turns off production of GFP when the input molecule is present. They also had to build another analog square root circuit that requires just two parts (compared to its digital equivalent, which needs over 100 parts).

“Analog computation is very efficient,” Sarpeshkar says. “To create digital circuits at a comparable level of precision would take many more genetic parts.”

Another circuit developed by the team can divide using the ratios between two different molecules and calculating the ratios. Cells often perform this kind of computation on their own, which is critical for monitoring the relative concentrations of certain molecules.

“That ratio is important for controlling a lot of cellular processes, and the cell naturally has enzymes that can recognize those ratios,” Lu says. “Cells can already do a lot of these things on their own, but for them to do it over a useful range requires extra engineering.”

But their work ensured the fact that the calculations can go up to 10.000, which is much higher than what is going on naturally.

They are now trying to create similar analog circuits in non-baterial cells – including mammalian cells.

“We have just scratched the surface of what sophisticated analog feedback circuits can do in living cells,” says Sarpeshkar, whose lab is working on building further new analog circuits in cells. He believes the new approach of what he terms “analog synthetic biology” will create a new set of fundamental and applied circuits that can dramatically improve the fine control of gene expression, molecular sensing, computation and actuation.