US meat and poultry is widely contaminated with drug-resistant bacteria

by Mihai Andrei
in Studies 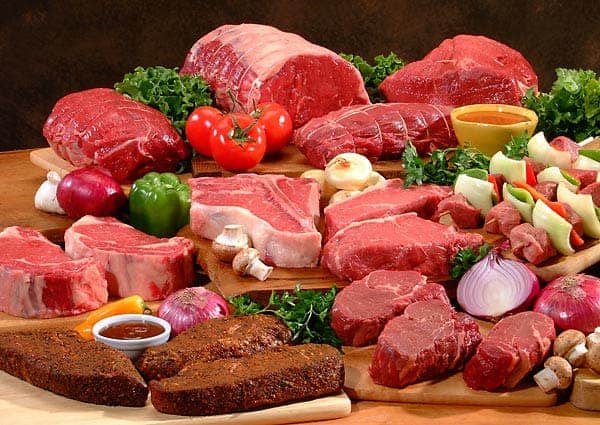 Staphylococcus aureus is a nasty fellow; it can be responsible for a variety of diseases, and it’s pretty resistant to a variety of treatments. But sometimes, it can get an upgrade, and become way more resistant to drugs, which means the staph bacteria becomes much more dangerous and much less treatable.

So it’s definitely not good news that a study conducted by the Translational Genomics Research Institute (TGen) concluded that drug-resistant strains of Staphylococcus aureus are present in meat and poultry sold at stores in incredible high rates. Half of the meat and poultry tested (47%) was infected with the staph, and half of that (52%) was infected with a strain that is resistant to at least three classes of antibiotics. Furthermore, DNA testing suggests that the animals themselves were the source of infection.

So basically, when you buy meat, flip a coin. If it’s tails, you get meat infected with staph virus. Then flip it again; if it’s tails again, the strain is also drug resistant. Not what you’d like to hear, right ?

“For the first time, we know how much of our meat and poultry is contaminated with antibiotic-resistant Staph, and it is substantial,” said Lance B. Price, Ph.D., senior author of the study and Director of TGen’s Center for Food Microbiology and Environmental Health.

The thing is, generally speaking, staph is killed with proper cooking, but that doesn’t mean it’s safe. It can lead to kitchen cross contamination, or if cooked improperly, the meat could be dangerous on its own.

“The fact that drug-resistant S. aureus was so prevalent, and likely came from the food animals themselves, is troubling, and demands attention to how antibiotics are used in food-animal production today,” Dr. Price said.

Densely stocked farm animals are the perfect breeding ground for drug resistant bacteria that can move from animals to humans; as the emergence of drug resistant strains grows, medics from all around the world are facing a new problem, and most of the time their options are limited.

“Antibiotics are the most important drugs that we have to treat Staph infections; but when Staph are resistant to three, four, five or even nine different antibiotics — like we saw in this study — that leaves physicians few options,” Dr. Price said.

S. aureus can cause different conditions, varying from minor infections or skin disease to life threatening conditions, such as pneumonia and sepsis, for example. The study clearly points out that a more careful approach to antibiotic use in animals is needed, and that people should take some precautions when buying meat, in terms of storage and cooking.