Sperm captured in 3D for the first time, reveals corkscrewing swimming [with video]

by Mihai Andrei
in Health & Medicine, Research
A A

Scientists have finally managed to track sperm patterns in 3D, for the first time in history. Bless their gifted brains, this remarkable achievement revealed some interesting and unexpected things: some sperm swim in corkscrew patterns, while others are hyperactive and hectic. 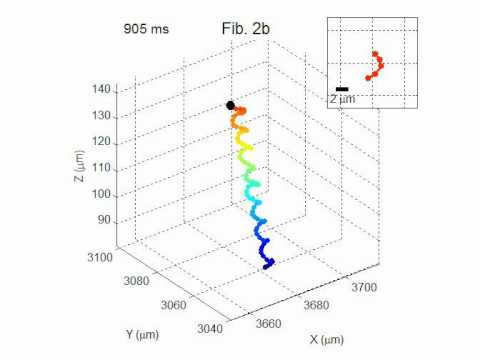 Aydogan Ozcan, the sperm study leader, placed sperm on a silicon sensor chip and used red and blue light to track their movement and plot their trajectories in 3D.

“The vast majority of the sperm followed a “typical” path-more or less a straight line. But some swam in a helical, or corkscrew, pattern previously only hinted at by fuzzy microscope results. Other sperm were labeled “hyperactive” due to their jerky direction changes, which sometimes sent them careening in reverse.”, he explained.

So it isn’t really a mad dash to the finish line for the little sperm, it’s actually a wiggly tap dance for some of them.