Composite metal foam (CMF) is light, but strong -- it can even stop bullets!

by Alexandru Micu
in Materials, News, Physics, Research, Videos
A A

After developing metal aerogels, foams and glass (here and here) researchers have found yet another novel way to structure these substances. Composite metal foam (CMF) is a type of material created by incorporating hollow beads of one metal into a substrate cast from another. Considering their low density, you could be fooled into assuming that they’re very flimsy. But they boast impressive physical characteristics — they can even stop armor piercing bullets. 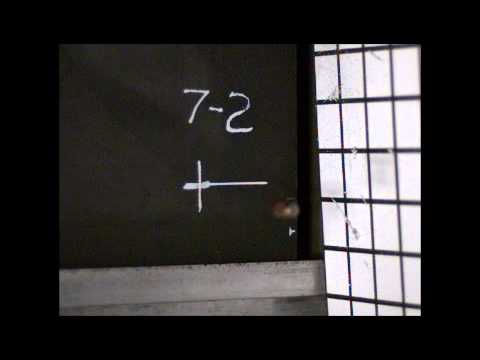 The video shows a 7.62 x 63 mm standard-issue M2 armor piercing bullet, fired at the plate according to the testing procedures established by the National Institute of Justice (NIJ). The plate, less than one inch thick, was tough enough to turn the bullet to dust. While solid metal plates of similar thickness would also be able to stop the projectile, the test CMF plate actually performed better at the task. Not bad for what is essentially metal Swiss cheese.

“We could stop the bullet at a total thickness of less than an inch, while the indentation on the back was less than 8 millimeters,” he says.

“To put that in context, the NIJ standard allows up to 44 millimeters indentation in the back of an armor.”

As a bonus, they’re also lighter than metal plating. So there’s obviously a lot of interest in creating new types of body and vehicle armor based on them.

But what if even incredibly light and strong just doesn’t cut it? What if you need to haul nuclear waste around or need a material that can withstand the enormous temperatures of atmospheric re-entry? CMFs can help with that too.

Last year, aided by the Department of Energy’s Office of Nuclear Energy, Rabiei showed that these materials are very effective at shielding X-rays, gamma rays and neutron radiation. Rabiei independently published his work demonstrating that these metal foams handle fire and heat twice as well as the plain metals they are made of earlier this year.

A full paper of the ballistic properties of CMFs, with the title “Ballistic performance of composite metal foams” has been published online in the journal Composite Structures and can be read here.