The United States Department of Defense just demonstrated one of the scariest weapons ever – a ‘magic bullet’ that can change trajectory in mid flight on command and hit a target no matter what. Shots can be fired from as far as 1.2 miles, and snipers can remain hidden without risk of getting spotted. In fact, shots can be fired even without directly seeing the enemy. It’s truly a showmanship of technology, but one can only wonder what things DARPA would make if its energy was directed towards something other than killing people. We have the military to thank for things like the internet and GPS after all, but bullets and bombs have little use for civilians.

The bullet, developed under the Extreme Accuracy Tasked Ordnance (EXACTO) program, is crammed up with a slew of technologies including sensors, radio transmitters and receivers. The optical sensors at the bullet’s tip gathers flight information in real time and transmits it back to a on-board computer where things like speed and distance are computed. Data is then used to move tiny fins on the bullet to adjust trajectory.

Tests have been made on a .50 caliber shot from 1.2 miles away. Even when the rifle was intentionally pointed away from the target, the bullet still went for its mark directed by a laser. As you can witness from the video embedded below, it’s deadly accurate. 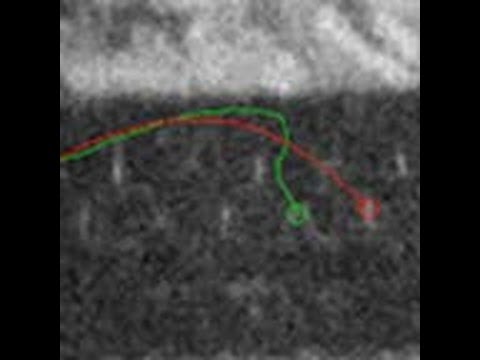 It’s maybe one of the most expensive bullets ever made, so no ordinary sniper will get to use them. Most likely, these magic bullets will only be used in special ops or in times of difficult weather.