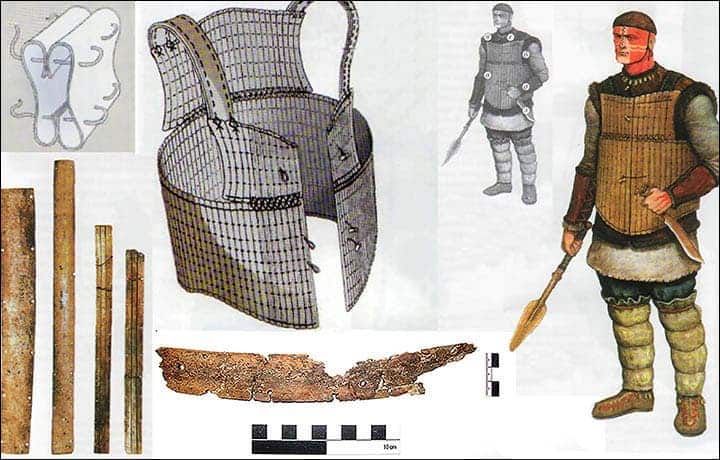 Archaeologists are intrigued by the discovery of a complete and well preserved warrior armor made from bones. This highly valuable find was probably a war trophy, and was worn by an elite warrior or warchief. The armour was in ‘perfect condition’, and nothing similar was ever found in the area (or anywhere else). 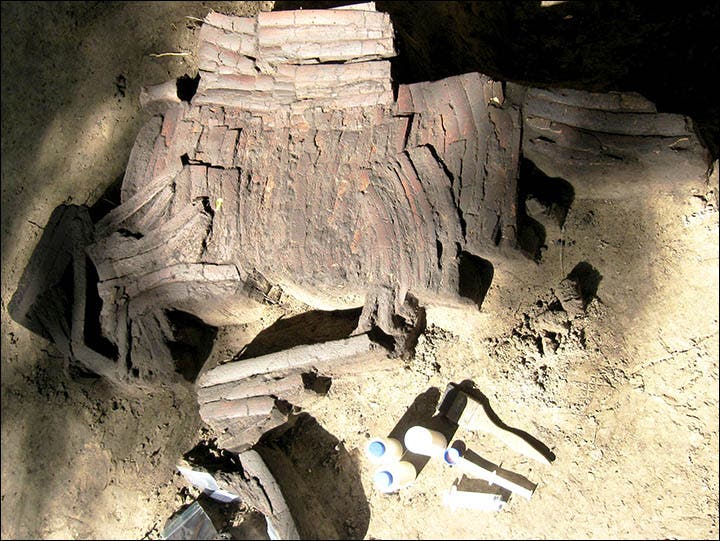 It was buried separate from its owner, and was found around Omsk, in south-western Siberia. It is probably an artifact from the Krotov culture, which is well documented in the area. The Krotov were animal breeders in the steppe and forest-steppe area of the Western Siberia Altai mountainous area of Russia. However, this armor seems more like something made by the Samus-Seyminskaya culture, who inhabited an area 1000 km southwest of the find. If this is indeed the case, then the armor may have been a gift or perhaps spoils of war.

‘It is unique first of all because such armour was highly valued. It was more precious than life, because it saved life.Secondly, it was found in a settlement, and this has never happened before. There were found separate fragments in burials, like on Rostovka burial ground.’ 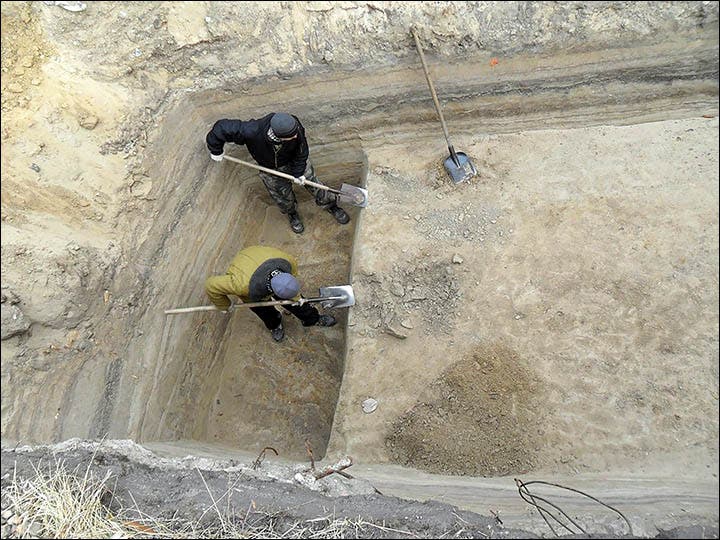 Archaeologists still haven’t figured out what from what animal bones the armor was made, but that should be fairly easy to figure out – after it is washed and cleaned.

‘We ourselves can not wait to see it, but at the moment it undergoing restoration, which is a is long, painstaking process. As a result we hope to reconstruct an exact copy’, Boris Konikov said.

It’s not clear if the armor was used in combat or if it was more a trophy, but archaeologists believe it definitely would have been useful in fights. But one thing is for sure – due to its rarity and the difficulty of craftsmanship, the armor almost certainly belonged to a ‘hero’, a warrior of legendary status.

‘While there is no indication that the place of discovery of the armour was a place of worship, it is very likely. Armour had great material value. There was no sense to dig it in the ground or hide it for a long time – because the fixings and the bones would be ruined. Such armour needs constant care. At the moment we can only fantasise – who dug it into the ground and for what purpose. Was it some ritual or sacrifice? We do not know yet.’

The site where the armor was found also included a complex series of monuments belonging to different epochs. There are settlements, burial grounds, and manufacturing sites. Burials have been found here from the  Early Neolithic period to the Middle Ages. The main, long term goal is to preserve and promote the site, helping the nearby community in the process.

‘Our goal is to save the site, to research it and to promote it. We organise excursions for schoolchildren and draw the attention of citizens to this unique site.’