by Tibi Puiu
in Health & Medicine, Neurology, Psychology, Research
Reading Time: 2 mins read
A A
Share on FacebookShare on TwitterSubmit to Reddit 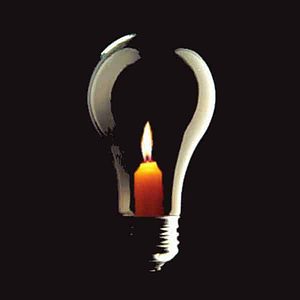 What is creativity? Although definitions vary, one might be inclined to say that creativity, ultimately, is anything that has to do with ideas – generating them, building them, transforming them into reality. There are a lot of tests that measure creativity and chances are if you’ve been to a job interview recently you might have actually been handed out such a test. Michigan State University neuroscientist  may have found the quickest test to measure a person’s creativity, while in the process of studying what sparks creativity and what brain processes are involved.

The researchers measured the effectiveness of “noun-verb” test, an experiment virtually anyone can do. For their work, the researchers asked 193 participants to quickly respond with a verb after a noun was shown. For the noun “chair,” for example, instead of answering with the standard verb “sit,” a participant might answer “stand,” as in to stand on a chair to change a light bulb. The verb needs to be related to the noun and non-nonsensical replies were not considered. The test only lasts two minutes.

After the test, each participant was engaged in a more in-depth creative process  like story writing, drawing or recalling their creative achievements in real life.  Those who gave creative answers in the noun-verb test were indeed the most creative as measured by the more in-depth methods. This suggests the noun-verb test, or a future variation, could be successful by itself in measuring creativity.

“We want to understand what makes creativity tick, what the specific processes are in the brain,” said  MSU neuroscientist Jeremy Gray. “Innovation doesn’t just come for free — nobody learns their ABCs in kindergarten and suddenly writes a great novel or poem, for example. People need to master their craft before they can start to be creative in interesting ways.”

Next, the researchers plan on repeating the experiment with the participants in a MRI while brain activity is recorded. Hopefully parts of the brain or certain mechanics that come into play during the creative process might be identified. If anything, the findings as they are could help people from professors, to students, to entrepreneurs enhance their creative flow by making simple exercises such as the noun-verb test. Better tests, like the creativity tests at interviews, might also be devised based on the noun-verb experiment.

“Ultimately, this work could allow us to create better educational and training programs to help people foster their creativity,” Gray said.

Results were published in the journal Behavior Research Methods.