Freestyle rapping is perhaps the most prized skill in hip hop – it is the ability to make rhymes on the fly, and it’s usually what rappers do to “duel” – the one who makes the better insults win. 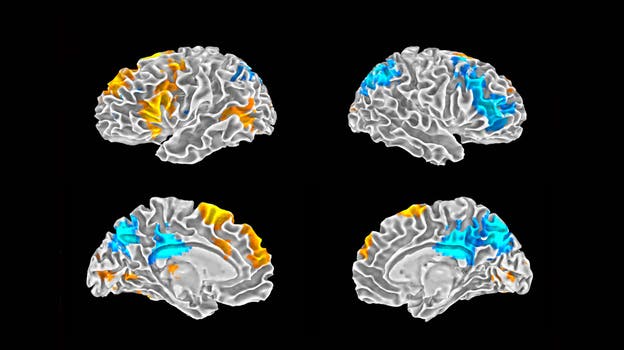 But Siyuan Liu and Allen Braun, neuroscientists, didn’t go to a rap show – they brought the rap show to the lab. They and their team had 12 rappers freestyle in a magnetic resonance imaging (fMRI) machine. The artists were also asked to recite some memorized lyrics chosen by scientists. By comparing their brain when they were reciting from their memory to improvising, they were able to see which areas of the brain are used in improvisation – and are linked to creativity.

This study complements that conducted by Braun and Charles Limb, a doctor and musician at Johns Hopkins University in Baltimore, Maryland, who did the same thing to jazz musicians while they were improvising. Both sets of artists showed increased activity in a part of their frontal lobes called the medial prefrontal cortex. It can also be inferred that areas inactive in the process are unrelated to the creation process.

“We think what we see is a relaxation of ‘executive functions’ to allow more natural de-focused attention and uncensored processes to occur that might be the hallmark of creativity,” says Braun.

Rex Jung, a clinical neuropsychologist at the University of New Mexico in Albuquerque has also put a lot of effort into understanding the links between the brain and creativity, and he believes the highlighted areas are active in all creative processes, not only in music.

“Some of our results imply this downregulation of the frontal lobes in service of creative cognition. [The latest paper] really appears to pull it all together,” he says. “I’m excited about the findings.”

Michael Eagle, a study co-author who also raps in his spare time and provided inspiration for this study believes the creation process comes somehow outside of the “conscious awareness”:

“That’s kind of the nature of that type of improvisation. Even as people who do it, we’re not 100% sure of where we’re getting improvisation from.”

The next step in the research however will require something different than freestyle rapping; neuroscientists want to find out what happens after that first phase of creative burst.

“We think that the creative process may be divided into two phases,” he says. “The first is the spontaneous improvisatory phase. In this phase you can generate novel ideas. We think there is a second phase, some kind of creative processing [in] revision.”