Brain solves problems when we daydream

by Mihai Andrei
in Anatomy, Health & Medicine
A A 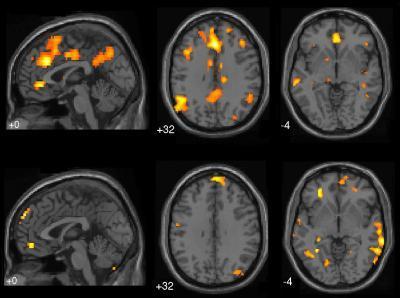 As an old saying goes, time spent wishing is time wasted. I’m guessing day dreaming goes into the same category, right?? Wrong. According to a study published in the Proceedings of the National Academy of Sciences activity in numerous brain regions actually increases when our mind wanders off to a different place.

The study led by researchers from the University of British Columbia pointed out that brain areas associated with solving complex problems are highly active during this time, contrary to what was previously believed, that they were inactive.

“Mind wandering is typically associated with negative things like laziness or inattentiveness,” says lead author, Prof. Kalina Christoff, UBC Dept. of Psychology. “But this study shows our brains are very active when we daydream – much more active than when we focus on routine tasks.”

People can spend up to 1/3 of their wake time day dreaming (personally, I find it a bit of a stretch), so it was already known that this state is pretty important and should be studied and understood thoroughly, but as it turns out, it’s role as a cognitive state is much more important than previously believed.

“When you daydream, you may not be achieving your immediate goal – say reading a book or paying attention in class – but your mind may be taking that time to address more important questions in your life, such as advancing your career or personal relationships,” says Christoff.