World could head for a global pandemic caused by antibiotic resistance

by Mihai Andrei
in Health & Medicine, World Problems
Reading Time: 2 mins read
A A
Share on FacebookShare on TwitterSubmit to Reddit 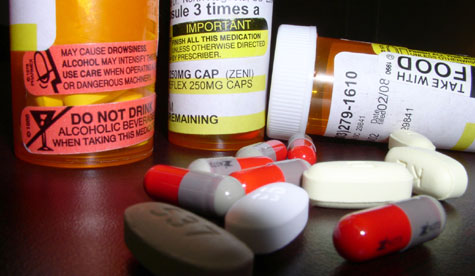 Antibiotics are agents that act against microorganisms, such as bacteria, fungi or protozoa. It’s obvious that since the development of antibiotics, the world has changed significantly. Basically, in developed countries people take pills for anything, which could have a damaging long term effect, creating newer types of damaging microorganisms, which are more resistant to antibiotics.

Experts warn that vital parts of what modern medicine is (such as surgery, transplants, etc) could become impossible if this problem is not tackled strongly, on a large scale. The bacteriae resistance level rise has raised concerns among doctors and scientists, and actually, the over use of antibiotics could lead to the pre antibiotic era. If we were to think of antibiotics as fuels, they aren’t renewable; every time you use an antibiotic, it decreases the effectiveness of that particular antibiotic.

The speed at which antibiotics are losing their effect at is just alarming, and the speed at which new antibiotics are produced is not really that great. About 25 new classes have been created between 1930 and 1970, but only two classes have been created since. This problem is caused by the fact that antibiotics are over prescribed, illegaly sold, and self medication is often a practice used by many. The fact is that this resistance is the most serious health threat in Europe, according to the World Health Organisation, who warns that if not taken care of, this problem could become a “health catastrophe of tomorrow”.

To counter this problem, a plan is necessary; it requires a better handling of antibiotics, but also there is a need for incentives given for developing antibacterials in different ways, because despite the fact that reducing the consumer demand would be the best way to take care of this, it’s definitely hard to do, and requires time and education.