Keeping a diary – the key to happiness? 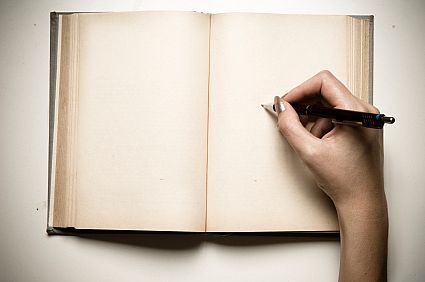 Keeping a diary is not just something girls do when they break up with their boyfriends or don’t get along with their mother-in-laws. Diaries are not only for people who have absolutely no social life and consider the little notebook in front of them their best friend (even though some of us should really get out of the house more). A diary may offer, in fact, emotional stability and balance. And what is surprising, men seem to benefit from keeping one more than women. So should we all turn into a Bridget Jones?

Matthew Lieberman, a psychologist at the University of California in Los Angeles conducted a study to find out exactly how beneficial it is to express one’s feelings in writing. After brain scanning several volunteers it was established that making notes in a diary reduces activity in the amygdala, a part of the brain which controls the intensity of our emotions.

However, not only writing down one’s thoughts in a diary seems to have this effect; writing poetry or song lyrics, no matter how bad they are, can have a surprisingly calming effect. This kind of activity is different from catharsis, which means seeing a problem i another light in order to come to terms with it.

What the brain scans showed is that putting one’s thoughts on paper triggers the same reactions in the brain as the ones connected to consciously controlling one’s emotions.

So, whenever one starts writing, he or she regulates emotions without even realizing that. Th result does not have to be a poetic masterpiece or a song to break the charts. The inner results are the best one could desire.

The test involved conducting a brain scan on the volunteers before being asked to write in each of the following four days for 20 minutes. Half of the subjects chose to write about a recent emotional experience while the others chose a neutral experience.

The first category proved to have more activity in the right ventrolateral prefrontal cortex, which meant that strong emotional feelings were controlled.

Men proved to benefit the most from keeping a diary, probably because women are better at turning their feelings into thoughts. The novelty must have increased the impact. Moreover, writing seems to be much more beneficial than tiping, maybe because it is more personal.

Writing about emotions in an abstract way is also much better than describing them in a vivid language, which does nothing but to reactivate original feelings and impressions.

However a question remains: how come that writers such as Martin Amis and Michel Houellebecq aren’t exactly the jolliest people ever? Would they be different if they hadn’t written anything?