by Tibi Puiu
in Mind & Brain, Research, Studies
Reading Time: 2 mins read
A A
Share on FacebookShare on TwitterSubmit to Reddit 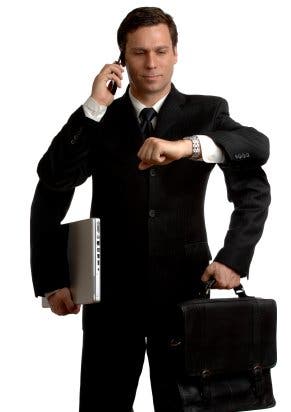 It’s somewhat evidently observable that the elderly have more trouble focusing or multitasking than young people, but a recent study in which scientists used brain scans shows an unexpected explanation to the generation deficit.

Researchers from the University of California, San Francisco led by neuroscientist Adam Gazzaley, recruited 20 relatively young adults, average age 25, and 20 comparatively elderly people, average age 69. Each of them was plugged to a fMRI scanner and shown a series of images. The first one was that of a landscape, which they were asked to keep it in mind; after a few seconds, they were shown a portrait of a face, and had to answer several questions about it, and then they were shown another picture of a landscape and then asked if it matched the first.

After analyzing the results this is where things actually get interesting – it’s not that elderly people pay more attention to distractions, like most of us might have been led to believe, instead, they seem to have trouble letting go of distraction, and are slow to regain focus on their original tasks.

Researchers initially believed that elderly brain scans will show a predisposition for distractions, however that was not the case – average brain activity was little different from their younger counterparts when presented with the distracting face, the difference appeared in the next stage. When the portrait was removed, its activity lingered in elderly brains, while quickly dissipating from younger ones. When the landscape was re-introduced, elderly brains were slow to pick up, and younger brains fast.

Interesting as it may be, the study however seems to pose more questions than answers, like for instance whether the elderly are slower at multitasking because they were born and raised in an environment less fragmented and agitated as opposed to that of the youngsters. If this is the case, then multitasking can be correlated to culture, not age, and if age is indeed responsible for the multitasking difference between generations, then when does the degradation start? This may just be the premise for more extensive tests and research.

The study was published in Proceedings of the National Academy of Sciences on April 12.