It’s a fact – humans can smell fear too! 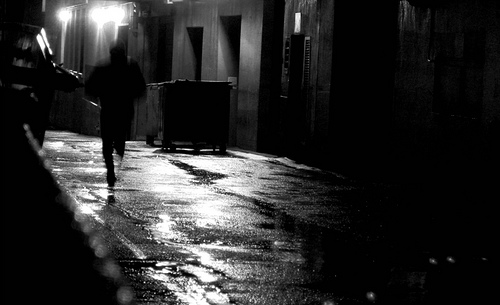 Since early childhood we’ve been told that if we are afraid of a dog which has turned violent, our furry buddy will “smell” our fear and we will eventually end up bitten. Not the most comfortable feeling ever…but as long as only animals can do it…
Many species are known to release a chemical signal in order to warn other members of the family in case something dangerous occurs; however, a study conducted by Denise Chen from Rice University seems to prove that we can do the same thing too.
When perceiving the world we use all of our senses, some being more important in this process. What researchers wanted to know is how important perceiving fear is.
“Fearful sweat” was collected from several male volunteers who had been given gauze pads for their armpits before being shown videos dealing with subjects which are known to be scary.
After this stage of the study, female subjects were exposed to chemicals from “fear sweat” and then shown different faces which varied from happy to ambiguous and scared. They had to indicate whether the face was happy or fearful by pressing buttons.
The smell of fear made women interpret the faces mostly as fearful in the case of the ambiguous ones, but didn’t change the results if the faces were clearly happy.
In conclusion, emotions caused by a sense can influence the way the same emotion is perceived through another sense, but only if the signals are not clear.

All these show that human sweat is a clear indicator of emotions too, humans being able to sense them and thus be influenced by these signals, mostly if other senses cannot be used.

Other species of animals use smell as a main way of communication when marking their territories or sending a message regarding a possible danger. The way we perceive smells and especially how important it is to us still remains a mystery, a mystery which seems to find a few answers.
source: Rice University