by Mihai Andrei
in Inventions, Materials, News
Reading Time: 2 mins read
A A
Share on FacebookShare on TwitterSubmit to Reddit 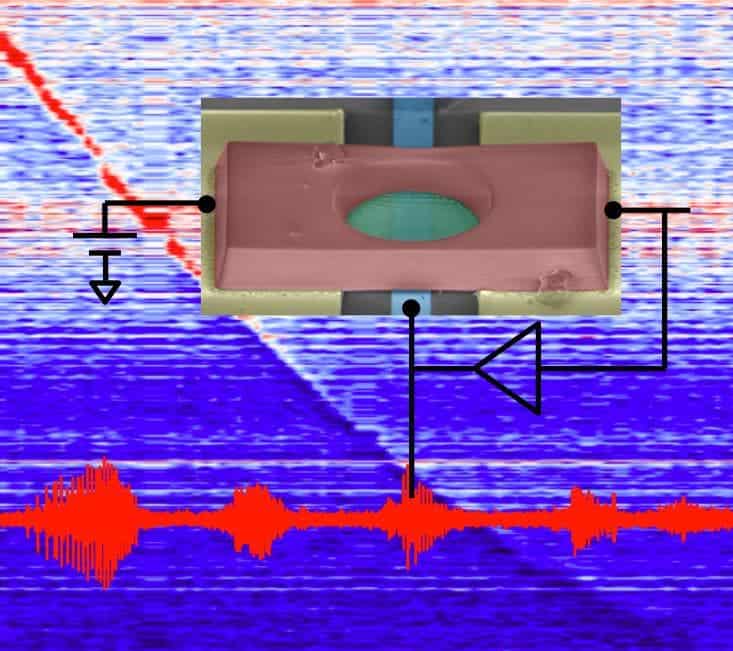 “This work is significant in that it demonstrates an application of graphene that cannot be achieved using conventional materials,” Hone says. “And it’s an important first step in advancing wireless signal processing and designing ultrathin, efficient cell phones. Our devices are much smaller than any other sources of radio signals, and can be put on the same chip that’s used for data processing.”

Graphene, the world’s wonder material, is basically just a single atomic layer of carbon, is the strongest material known to man, and also has electrical properties superior to the silicon used to make the chips found in modern electronics. The combination of these two properties make it an extremely good candidate for nanoscale technologies – specifically, nanoelectromechanical systems (NEMS), which are scaled-down versions of the microelectromechanical systems (MEMS) used widely for sensing of vibration and acceleration. For example, MEMS in phones or tables sense how it is tilted or rotated and adjust the screen.

The team built a graphene NEMS whose frequency was about 100 megahertz, which lies right in the middle of the FM radio band (87.7 to 108 MHz). They used low-frequency musical signals (both pure tones and songs from an iPhone) to modulate the 100 MHz carrier signal from the graphene, and then received the musical signals again using an ordinary FM receiver. The results were thrilling.

“This device is by far the smallest system that can create such FM signals,” says Hone.

However, despite this remarkable result, it will take quite a while before we will see this kind of technology on the shelves. However, graphene-based products will inevitably pop up in the near future.

“There is a long way to go toward actual applications in this area,” notes Hone, “but this work is an important first step. We are excited to have demonstrated successfully how this wonder material can be used to achieve a practical technological advancement — something particularly rewarding to us as engineers.”